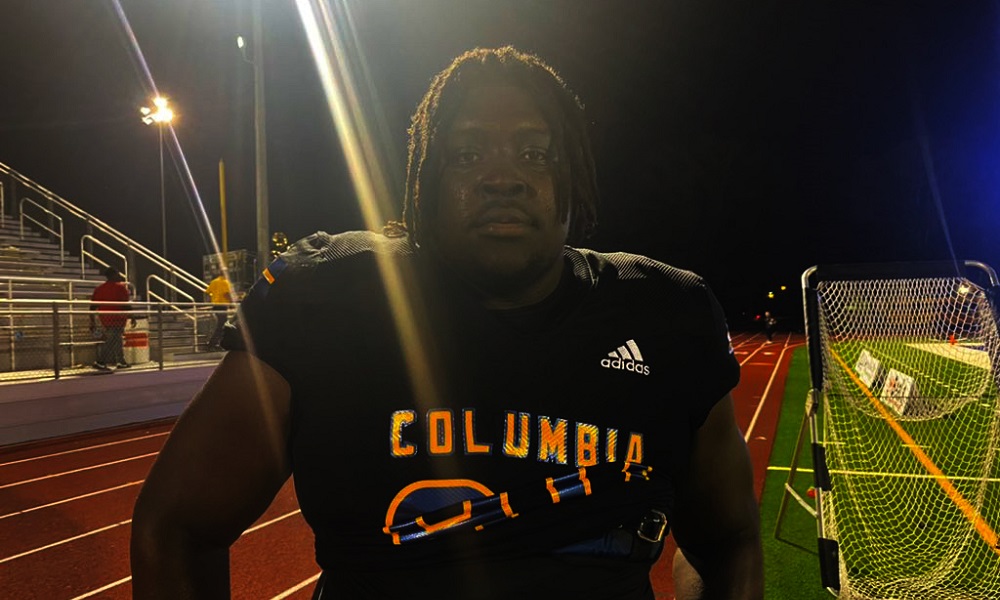 Alabama football’s massive defensive tackle commit, Jaheim Oatis is anxious to get to Tuscaloosa to start his collegiate football career at the University of Alabama.

Before he dawns the crimson and white, the 6-foot-5, 300 pounder is working to improve his game while making it difficult for teams to run the football against the Columbia Wildcats. The Alabama pledge has also shown he can create pressure and get after the quarterback with his impressive hand movement on the rush. Oatis told Touchdown Alabama he wants to improve on a few things ahead of his enrollment at the University of Alabama in December.

The QB barely escaped Jaheim Oatis’ grip on this play but a good preview of him using his hands to beat the double team and create pressure. @TDAlabamaMag pic.twitter.com/xsqj8h9YSL

“I am trying to get my weight right, my conditioning right and my speed right,” said Oatis.

Oatis has been verbally committed to Alabama since April. He chose the Crimson Tide over offers from LSU, Ole Miss and others. The Mississippi product said he chose Alabama because of the family vibe he gets from the program.