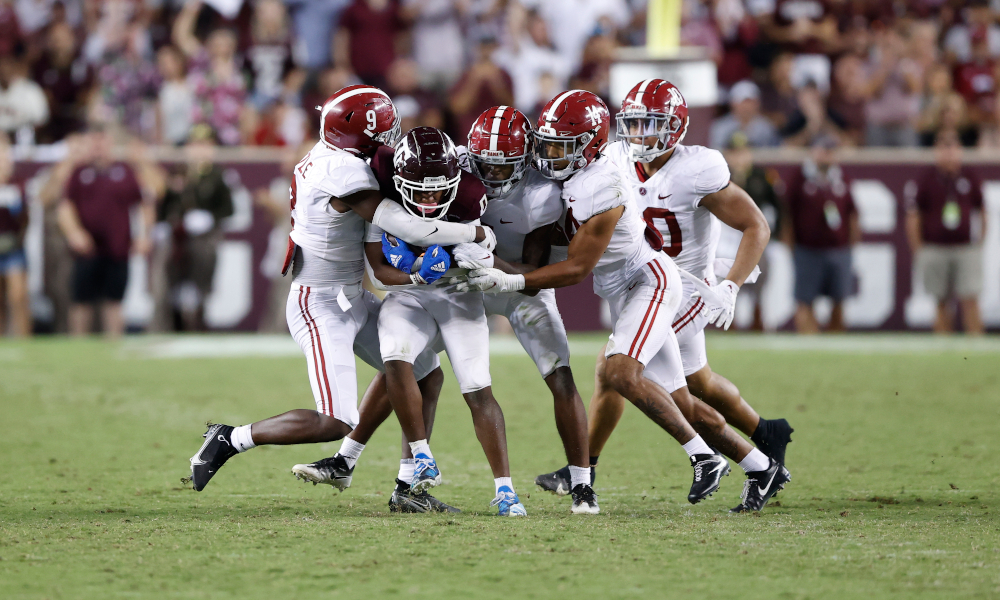 Alabama fans have been scratching their heads in trying to figure out this team.

People cannot seem to diagnose the problem, but one former Crimson Tide player has the answer.

RELATED: Failure to run Brian Robinson on goal line was an egregious decision by Bill O’Brien

He was on Nick Saban’s first national championship team and was a leader at receiver. As the founder of Maximum Performance Institute, the athletic trainer kept things real with Touchdown Alabama Magazine.

McCoy said this team has “too many nice guys, not enough dawgs” on it. One can’t be nice in a violent sport, especially when competing for championships.

McCoy played with some athletes who were difficult at times, but they did work on the field.

The 2009 team fielded individuals that had much to prove and wanted to show everyone not to underestimate them. McCoy was a dawg himself, but he played with Rolando McClain, Dont’a Hightower, Javier Arenas, Kareem Jackson, Mark Barron, Courtney Upshaw, Brandon Deaderick, Chris Rogers, Eryk Anders, Marcell Dareus, Terrence Cody, Justin Woodall, and these were on defense. They were all animals on the field, and they wanted to take your heart from you. They were crazy, but it must be that way if a team wants consistent success.

These players, including McElroy to an extent, had a chip on their shoulders.

They wanted to be great every game and every practice. They gave the nasty to defensive players in practice, and it made both sides stronger. Alabama had the perfect amount of sane and crazy players to have an undefeated season in 2009. Programs that aspire to win national titles must have some roughnecks.

These defensive players represent both years where the Tide had one loss yet won a championship.

Nick Saban never had to police the 2009 team. Those players got the locker room in order.

It was the lone year under Saban where a team of dawgs won a perfect national title.

Hope is alive for this group to win a championship with one loss; however, some voices need to start talking. Alabama has to win out the remainder of his schedule convincingly and beat Georgia in the SEC Championship if it wants a College Football Playoff berth.

If any dawgs are on this time, they need to make themselves known now.