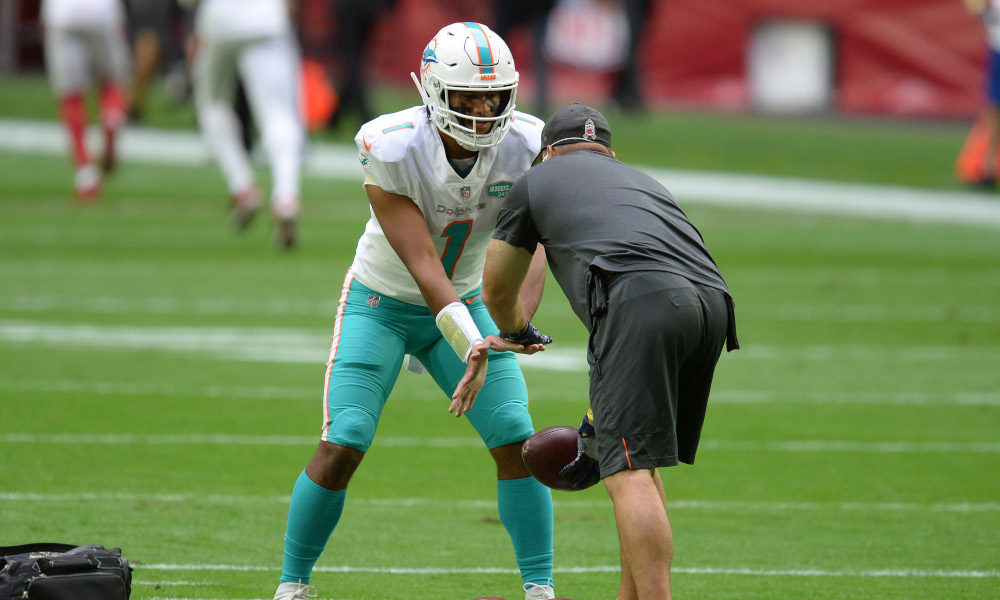 After opening the season with a win over New England, the Miami Dolphins have lost their last four games.

Tua Tagovailoa suffered fractured ribs in the first quarter against the Buffalo Bills.

He left the game on a cart and has missed three straight matchups. Despite a 1-4 record, the Dolphins received good news on Tuesday. Tagovailoa returned off injured reserve and is eligible for Sunday’s game against the Jacksonville Jaguars.

The Dolphins have designated QB Tua Tagovailoa for return from IR. He’s eligible to play this Sunday against the Jaguars.

Tua Tagovailoa officially designated from IR return today — another good sign for plan for him on track to play Sunday vs. Jags in London. That’s the hope and plan, as of now, for Dolphins.

Before the injury, he totaled 215 passing yards with one touchdown and one interception. Miami will be excited to have Tagovailoa in action as it tries to right the ship. Coach Brian Flores needs to address the offensive line in the offseason, but it’s good to see the former national champion return. CBS Sports will have the call on the matchup from London.