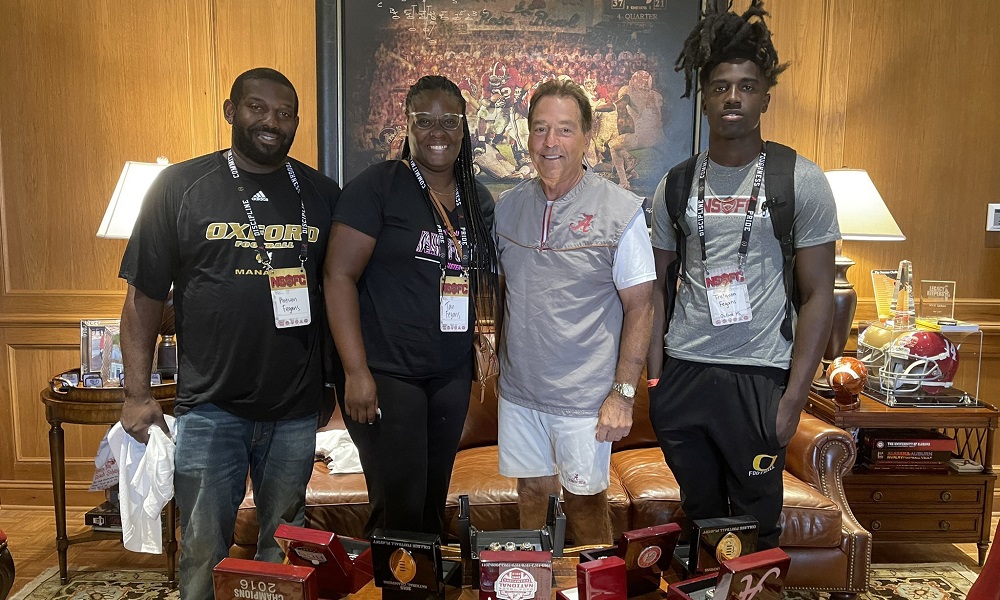 Fegans is rated as a four-star recruit and is a product of Thompson High School in Alabaster, Alabama. He recently de-committed from Miami and re-opened his recruitment. Alabama was able to get Fegans on campus during the summer for an unofficial visit.

The four-star recruit told Touchdown Alabama the Tide’s coaching staff stood out during that visit.

“Their coaches really stood out during the visit,” Fegans said. “They are showing a lot of love. They keep it real and are going to talk to you every day. They are not going to tell you any lies.”

Fegans currently stands at 6-foot-2 and weighs approximately 180 pounds. He possesses a long frame and is considered one of the most athletic defensive back prospects in the nation.

The CRimson Tide now have 17 2022 commits with Fegans’ pledge.