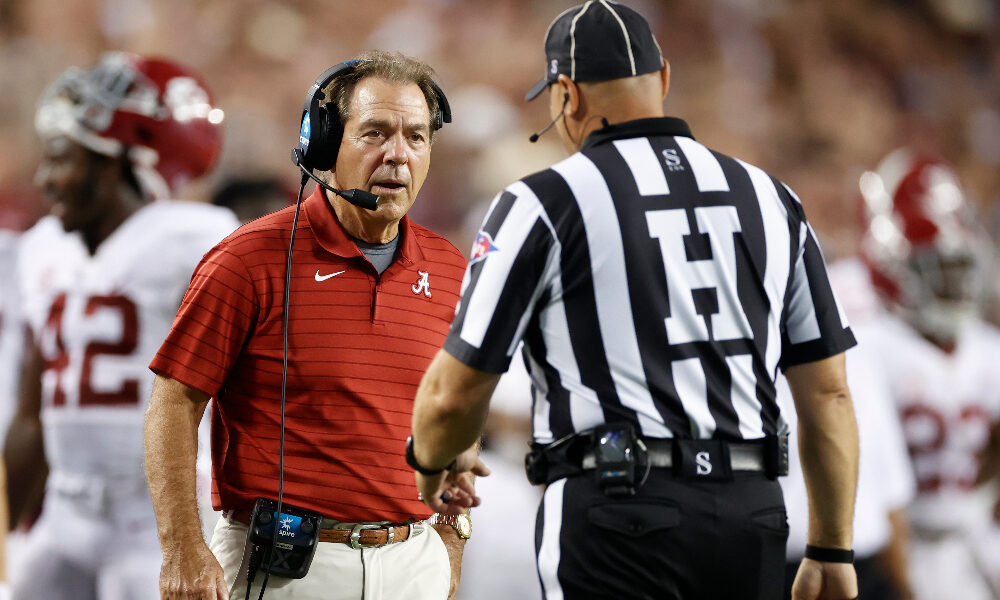 The excitement starts this week in college football.

On Tuesday, the College Football Playoff committee will release its first rankings or projections. The top four seeds are battling for a national championship, while the next two schools are on the outside looking in. Since it began in 2014, the CFP has added much excitement to the sport. The appeal of the playoff has made teams schedule tougher opponents to impress the committee.

Alabama has made the CFP in six of seven seasons.

RELATED: Alabama remains at No. 3 in the national rankings following bye week

The lone year it did not make it was 2019. Nick Saban has won three national championships (2015, 2017, 2020) in the playoff era, and last year was his best coaching job. According to the recent top-25 rankings from the Associated Press, the Crimson Tide is third. Alabama stands behind Cincinnati (No.2) and Georgia (No. 1) to start the second half of its season.

Some national media pundits would put the Tide behind Georgia. The narrative is Alabama and Georgia are the best two teams in college football.

All eyes are fixed on the possible SEC Championship matchup. While it is an idea, the CFP committee might not move the Tide ahead of undefeated Cincinnati. Alabama could either be third or fourth in the rankings. Oklahoma and Michigan, who are ranked at Nos. 4 and 5 respectively in the AP Poll, are both undefeated.

The Sooners have looked like a dominant team once during its 52-21 victory over Texas Tech.

Michigan State has played well under Mel Tucker, but the committee has grown accustomed to seeing the Big Ten drop the ball in the playoff. Alabama might start as the No. 3 seed, especially with Coach Saban’s track record in the playoff. He guided the Tide to a national title in 2015 as the No. 2 seed, while the 2017 campaign witnessed Alabama win it all as the No. 4 seed. Last year, the Tide had a special run and won the national title as the top seed.

RELATED: Bill O’Brien is not meshing with the defense according to former Alabama defensive lineman

We will see how the cards play out. Alabama could be third, but don’t be surprised if it’s second or fourth.

The goal is a national championship, regardless of where it starts in the rankings.