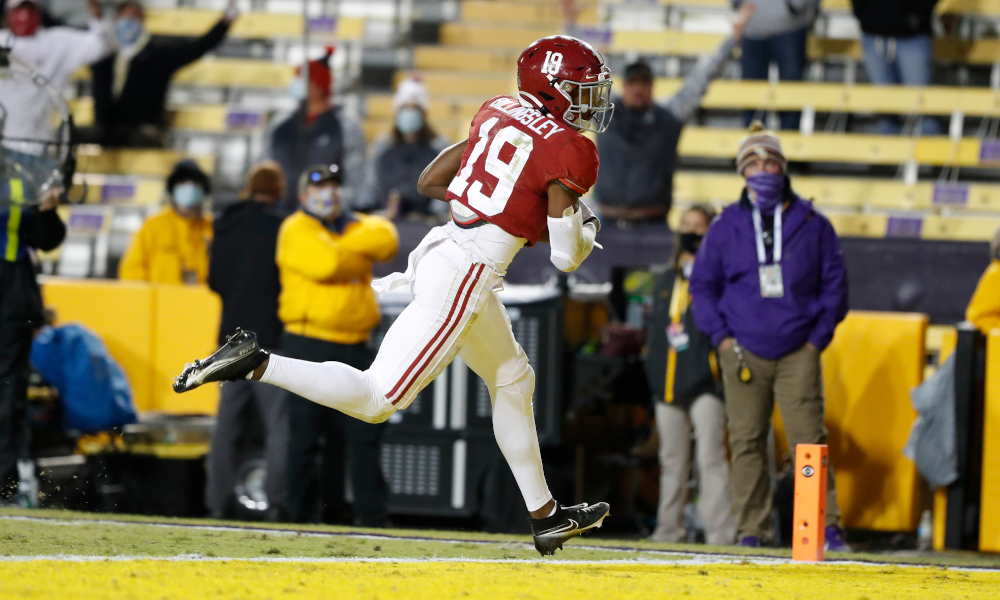 One of the most physical rivalries in college football is getting a new chapter.

The University of Alabama battles LSU Saturday at Bryant-Denny Stadium. ESPN will have the call at 6:00 p.m. as the Crimson Tide looks to reclaim its home from the Tigers.

In 2019, Ed Orgeron let out a profanity-laced “Roll Tide, what?” speech in the locker room after LSU earned a 46-41 victory. His words made it to Twitter, and the Alabama faithful want revenge.

RELATED: Ed Orgeron on 2019 profanity-laced Roll Tide, what? speech: “I meant no disrespect to anyone at Alabama.”

Coach O and the Tigers enter at 4-4, but Nick Saban is after his eighth national championship.

After the College Football Playoff Committee debuted Alabama at No. 2, the Tide looks to show everyone is was deserving of the ranking.

Alabama is honoring its 2011 national championship team too.

The group suffered a 6-9 loss versus LSU; however, it rebounded with a 21-0 victory in the 2012 BCS National Championship Game. Some things are worth noting for the contest, but this article will highlight five predictions for Alabama to look for.

1. Jahleel Billingsley will have a monster game

Jahleel Billingsley is a special talent, and he will resurface versus LSU.

One of his best games in 2020 came in “Death Valley” against the Tigers. He was a problem for LSU’s defensive secondary, totaling four catches for 68 yards and a touchdown.

Billingsley’s route on a 24-yard score from Mac Jones had the Tigers perplexed as he lost his defender on the play. The 6-foot-4, 230-pounder has a first-round potential as a tight end.

He started his junior season in Nick Saban’s doghouse, but he’s been out for a while.

Billingsley has one 100-yard game (Southern Mississippi) but is due for another one.