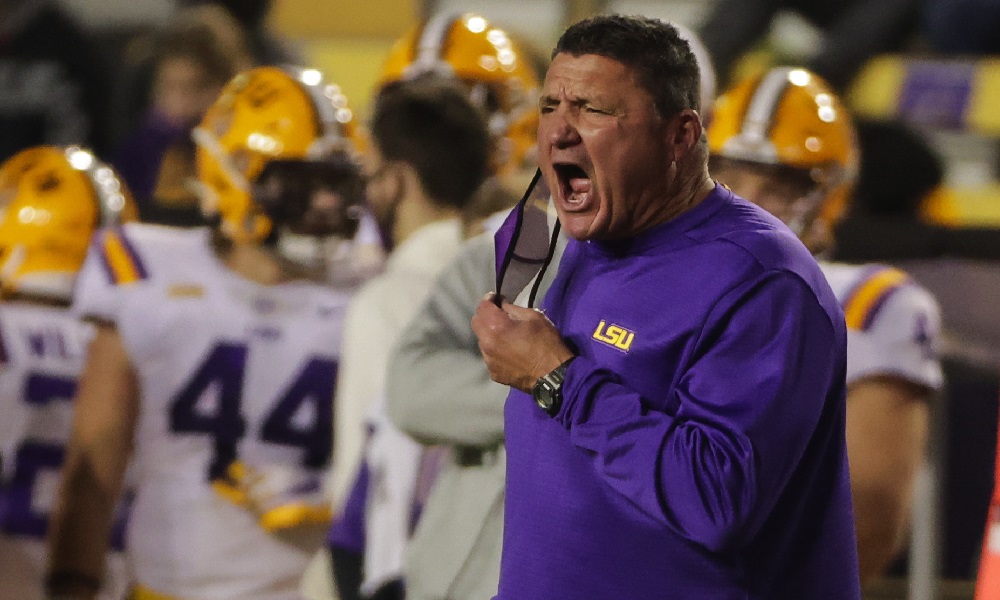 After beating Alabama in 2019, the media was ready for Ed Orgeron in the SEC Coaches Teleconference.

When the game ended at Bryant-Denny Stadium, Coach O had a moment in the locker room with his LSU players.

He let out the infamous “Roll Tide, what?” profanity-laced speech. His team used his message to win a national championship, but it was not the only thing to happen. One of Orgeron’s players recorded his speech, and it got to social media. Fans of the Crimson Tide shared it on Twitter, and it resulted in the Tigers suffering a 55-17 loss to Alabama in 2020 at home. Several Alabama players, including Brian Robinson Jr., felt the disrespect. Robinson told local reporters the team understands its approach for LSU. He said older players have talked about the matchup and the team refuses to be disrespected again.

LSU week officially starts today for the Tide. Here’s a reminder of Ed Orgeron’s post game message to his players.

The Tigers will come in undermanned at 4-4, but it will be a physical game.

Alabama looks to reclaim its house as it opened the initial College Football Playoff rankings at No. 2. Orgeron told reporters he meant no harm to the Crimson Tide with his speech.

As a Louisiana native, Orgeron meant what he said. It was disappointing for his words to get out to the public, but he’s always been a passionate individual. LSU has had Alabama’s full attention all week in practice. Nick Saban and the Tide have an opportunity to show the CFP Committee it was right to debut it at No. 2.