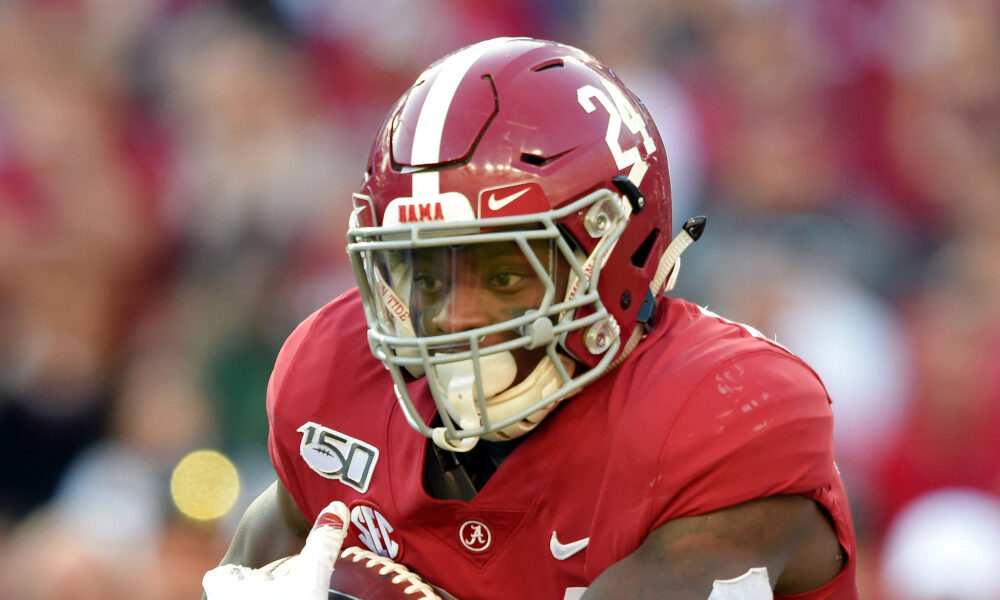 Alabama players have not forgotten the disrespect it felt two years ago.

The taunting, LSU players celebrating on “Alabama logo” at midfield, and Ed Orgeron’s locker room profanity-laced rant have been on repeat for the Crimson Tide since 2019.

After demolishing LSU in 2020 at Tiger Stadium, the Tide is looking forward to reclaiming its home Saturday on ESPN.

Brian Robinson, a fifth-year senior, was in his junior year during the matchup with the Tigers in 2019.

The Tuscaloosa native experienced all that happened and is ready to put an end to it.

Robinson was available for interviews on Monday, and he wants to end his career with a win over LSU. He said the older players are ‘still lingering’ about that moment.

“We all know the last time LSU came here,” Robinson said. “With that weighing on us, we have a way of approaching this week. We still feel that feeling from two years ago, when they beat us on our home turf. We have to respond to that.”

When it comes to the older players, Robinson said they remind everyone about the disrespect that occurred.

“We make sure people know,” he said. “We have to make sure that does not happen again.”

LSU won by five (46-41) in 2019, but it felt like it dominated the Tide. Robinson and his teammates are prepared to reclaim Bryant-Denny Stadium this week.