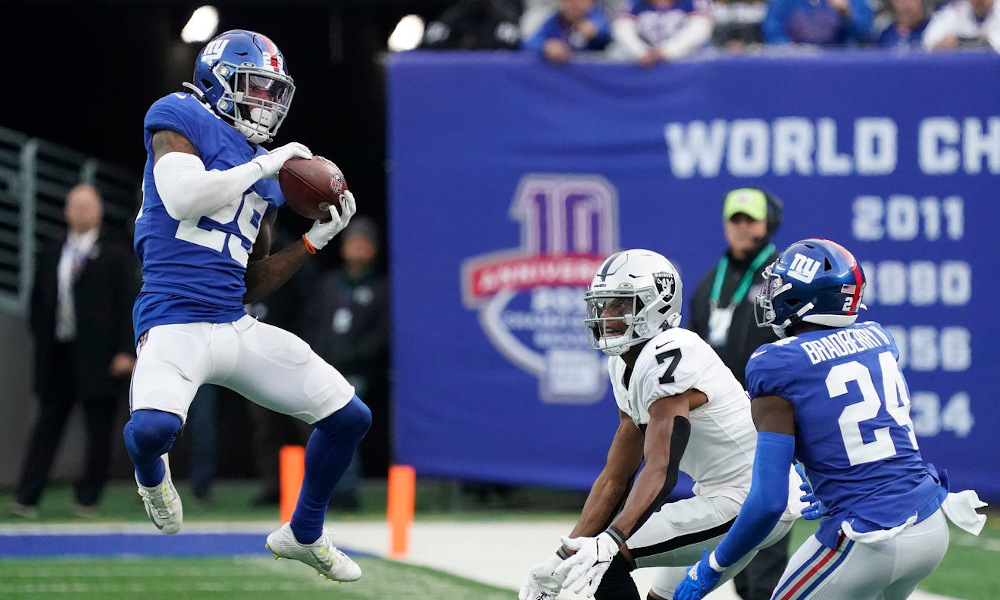 He was a first-round talent in the 2020 NFL Draft, but Joe Judge and the New York Giants got a gift in Xavier McKinney.

McKinney got selected at No. 36 overall (second round) by the Giants and is having an impactful season. As a former safety from the University of Alabama, McKinney put his stamp on Sunday’s victory for New York over the Raiders. He intercepted Derek Carr twice in the matchup, including a 41-yard pick-six in the third quarter. McKinney jumped a drag route to the outside, collected an interception, and took it back for a score. He gave the Giants a 17-10 lead, and it won by a score of 23-16 at home.

McKinney snags it AND cashes it in 🤑

McKinney also had seven tackles in New York’s third win of the season.

After a good rookie year, the native Georgian has emerged as a leader on defense.

He has 46 tackles, four interceptions (seven passes defended), and one touchdown. Despite its 3-6 record, McKinney could swing the Giants to a winning streak if he keeps this up. With the National Football League moving to 17 regular-season games, New York has a chance to push for a wildcard spot in the playoffs. Before having a professional career, McKinney was productive as a safety at Alabama. He arrived as a four-star in the 2017 class and won a national championship. During his next two seasons, McKinney would total 169 tackles, 11.5 tackles for loss, six sacks, 15 pass breakups, five interceptions, six forced fumbles, seven quarterback hurries, and two touchdowns.

He was on the Crimson Tide’s 2018 Southeastern Conference Championship team.

Crimson Tide fans are proud of McKinney and want to see more from him.