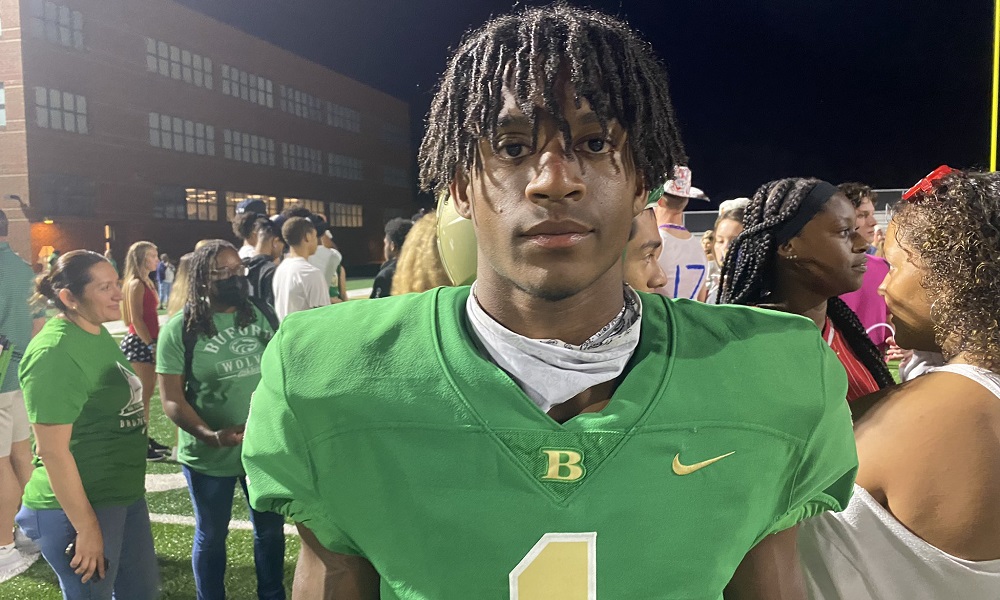 Isaiah Bond announced his plans to de-commit from the Florida Gators Monday.

In his de-commitment tweet, the four-star athlete stated, “First I would like to thank the Florida coaching staff for bringing me into that family. But after a long talk with people I trust and family, I have decided to decommit from the University of Florida.” Bond’s decision comes after Dan Mullen was fired as Florida’s head coach, and he visited Alabama football Saturday for the Arkansas game. Saturday’s visit was the second time Bond accepted a game invite from the Crimson Tide this season.

Alabama’s coaching staff has remained in heavy contact with the former Florida commit in recent months. He told Touchdown Alabama in September his contact with multiple Tide coaches had remained consistent and gotten stronger when he gave Florida a verbal commitment.

“It has been strong,” Bond said. “Every since I got the offer, they have not let up. I still have a strong place in my heart for Alabama.”

Bond went on to talk about how his contact with Alabama was after he gave the Gators a pledge.

“It has really been stronger because they know it is still a long way to signing day,” said Bond.

The Buford High School product currently stands at 6-foot and weighs 175 pounds. The Wolves use him on both sides of the football, primarily at wide receiver and defensive back. Alabama has expressed interest in giving him an opportunity to play either position.

The Crimson Tide have a commitment from Bond’s teammate, Jake Pope. It will be interesting to see if Alabama picks up their push to possibly add Bond to their 2022 class with National Signing Day quickly approaching.
Get the BEST Alabama football insider information, message board access, and recruiting coverage today! SIGN UP HERE to unlock our subscriber-only content!*