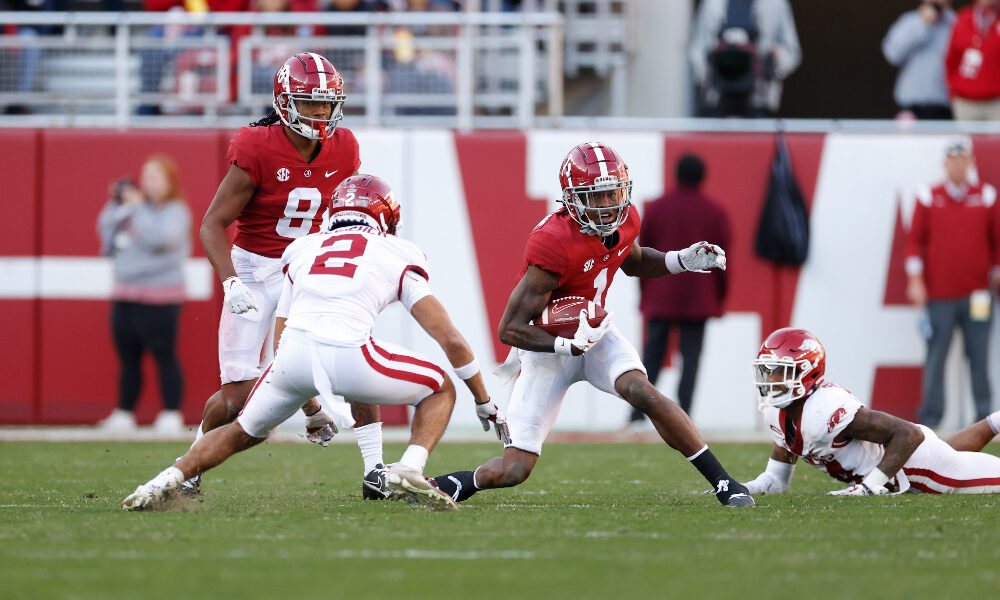 Alabama wide receiver Jameson Williams was named a finalist for the Biletnikoff Award, given to college football’s top wide receiver.