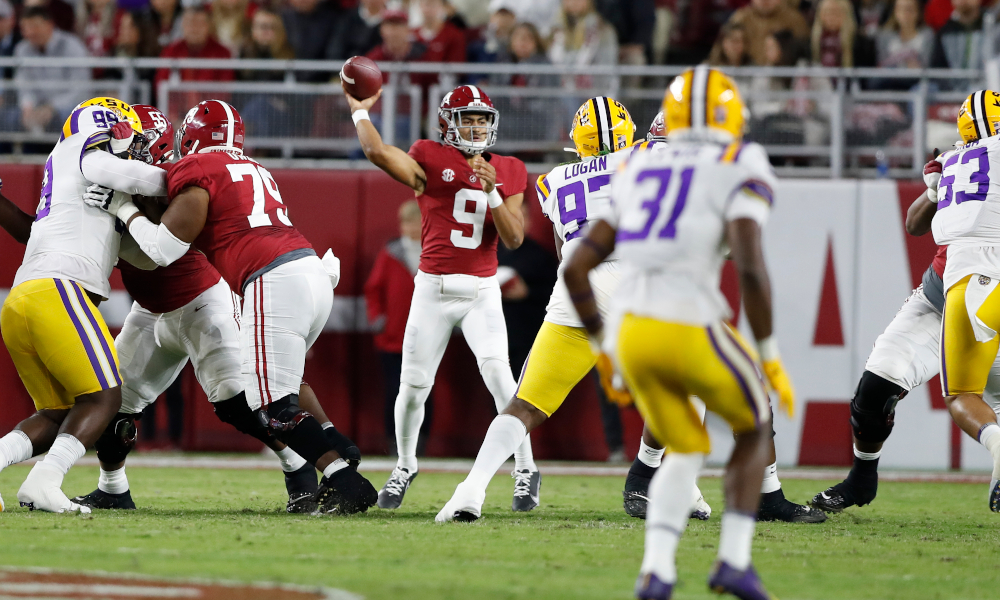 He is not one for the Heisman conversation, but Will Anderson loves endorsing his quarterback.

Anderson and Bryce Young came to the University of Alabama as five stars in the 2020 recruiting class.

Anderson had a dynamic freshman season, while Young learned the offense behind Mac Jones. As a first-year starter, the sophomore linebacker has witnessed his signal-caller on offense produce an incredible year. Despite inconsistent moments, Young has Alabama heading to the SEC Championship Game with an opportunity for the College Football Playoff.

Jones and Tua Tagovailoa had more to work with at quarterback, but Young has been sensational for this team. He is the sixth quarterback of the Nick Saban era to toss for 3,000+ passing yards. The 6-foot, 194-pounder is third all-time in Crimson Tide history for single-season yards (3,584) and touchdowns (38). He is sixth in the nation for passing yards, tied for second in touchdowns, sixth for completion percentage (71.7), third for passer rating (186.2), and second for quarterback rating (88.7).

Young broke a 52-year-old passing record that Scott Hunter held since the 1969 matchup against Auburn.

He tossed for 484 yards in the Iron Bowl, while Young torched Arkansas’ defensive secondary for 559 yards and five touchdowns in a 42-35 victory. He is a finalist for Maxwell and Davey O’Brien awards, but Anderson feels Young is ‘most deserving’ for the Heisman Trophy conversation.

On Monday, he praised his teammate.

“From the first time I saw Bryce at the All-American Game, I knew he was going to be a Heisman contender,” Anderson said. “Bryce is smart. I’m sure you guys see it on the field, but I have had classes with him. Bryce is a smart person, and his ability on the football field is even more surprising. I feel he is a great person on and off the field. He is very talented.”

He’s had to overcome issues on the offensive line, inconsistency in the play-calling, and dropped passes from receivers at times, but Young has Alabama averaging 44.4 points per game.

He looks to dominate Auburn in the Iron Bowl and shred Georgia’s defense.

If he can tear apart the Bulldogs in the SEC title matchup, Young will win the Heisman.