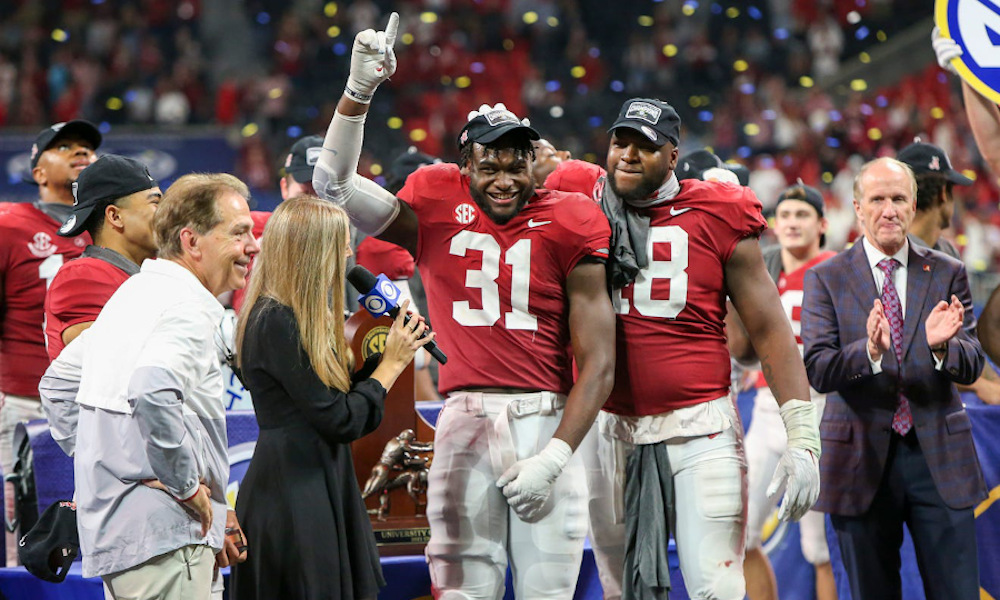 Alabama football thoroughly enjoyed being counted out versus Georgia in the SEC Championship matchup.

The coaches and players relished the underdog role, and the Crimson Tide thrashed the Bulldogs.

Will Anderson won the Bronko Nagurski Trophy and is a Unanimous All-American. Young and Evan Neal are Consensus All-Americans, and the Tide faces Cincinnati in the Cotton Bowl.

Nick Saban has the No. 1 team, but the players want to keep the mindset from playing Georgia.

“We can’t worry about outside factors,” Mathis said. “The No. 1 stuff means nothing. It’s all about us in this facility. We don’t need to let that stuff get to us.”

Mathis is enjoying a great season on the defensive line. He has 46 tackles (sixth on the team), 10 tackles for loss, eight sacks, six quarterback hurries, and one forced fumble.

The 6-foot-4, 312-pounder has accepted an invitation to the Reese’s Senior Bowl.

He eyes another national championship before leaving the Tide.

“We have to have the same approach as when we were the underdog,” Robinson said. “The energy we came with when we were doubted as the underdog made people respect our team. I feel we have to continue that energy.”

He played with a pulled lower body muscle in the SEC title game, but Robinson is healthy for the battle versus Cincinnati. Alabama is going after back-to-back national championships under Coach Saban since 2011-12. The Tide looks to have AT&T Stadium in the College Football Playoff.

Alabama and Cincinnati will play on New Year’s Eve at 2:30 p.m. CT via ESPN.