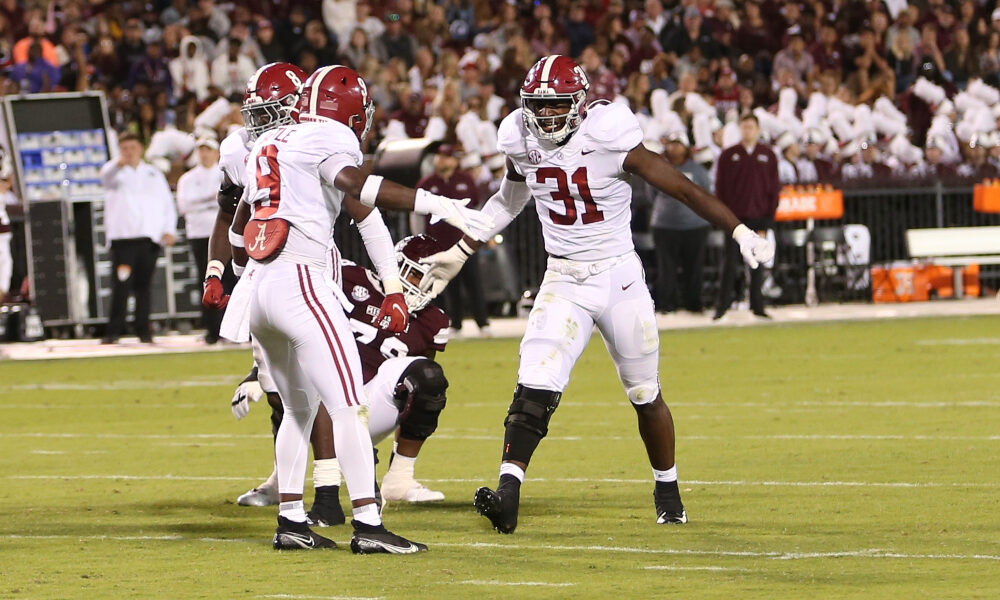 Will Anderson is the newest member of a prestigious group for Alabama football.

He became a Unanimous All-American for the Crimson Tide.

Selectors that made Anderson a Unanimous All-American

The 6-foot-4, 243-pounder is the most fearsome linebacker in college football.

He recorded 91 tackles — including 52 solo stops — 32.5 tackles for loss, 15.5 sacks, nine quarterback hurries, and two pass breakups. Anderson’s output in tackles for loss and sacks led all Division I FBS defenders. He was the Bronko Nagurski Award winner and has Alabama’s defense in the playoff. Anderson and the Tide face Cincinnati in the Cotton Bowl on New Year’s Eve.