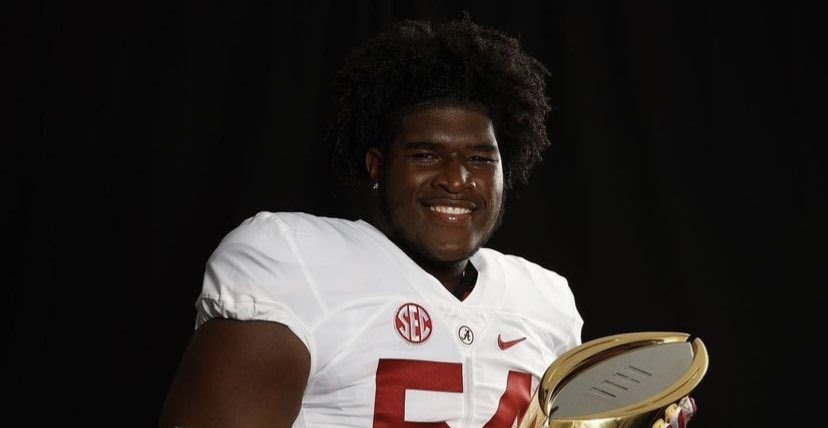 A total of seven players from Alabama football’s 2021 football roster have entered the NCAA Transfer Portal since Tuesday, and their decisions will lead to big opportunities this spring for several early enrollees.

The Crimson Tide have lost players at a variety of positions to the portal during and after the football season.

A pair of reserved offensive linemen have entered the portal in Pierce Quick and Tommy Brown. Quick has found a new home with the Georgia Tech Yellow Jackets, and Brown is still on the market after playing in ten games for Alabama during the 2021 season.

Both of Alabama’s tackle positions will be up for grabs next season and it is a chance that the Tide will be looking for another guard, pending Emil Ekiyor’s decision to declare for the NFL Draft or return to college. This opens the door for four-star offensive lineman, Tyler Booker to impress Alabama’s coaching staff this spring and work his way up the depth chart.

Booker is listed at 6-foot-5 and weighs 325 pounds. The IMG Academy product is considered one of the most college-ready offensive linemen in the 2022 recruiting class. He is projected to be an offensive guard, but he has spent the last two seasons at right and left tackle. The four-star recruit is an agile prospect, who finishes blocks and paves the way for running backs down the field. Booker could impress this spring and see himself in the fight for any open starting position along the Tide’s offensive front.

Here is a few clips of Alabama’s newest commit and 4-Star OL, Tyler Booker @iamtylerbooker at the Under Armour Camp earlier this year.

Alabama is starting its 2022 OL class with a bang. @TDAlabamaMag pic.twitter.com/NixROFBGwm

Former five-star recruit and sophomore outside linebacker, Drew Sanders shocked many when he decided to enter the transfer portal due to the amount of playing time he had enjoyed over the last two seasons. King Mwikuta entered the portal on the same day that Sanders did, leaving Alabama with two openings in its outside linebacker room. The Tide’s senior outside linebacker, Chris Allen also signed with a sports agency and is expected to move on to the NFL after missing most of the season with an injury.

Will Anderson and Dallas Turner have established themselves as Alabama’s projected starting outside linebackers next season, but five-star recruit, Jeremiah Alexander may have an opportunity to work himself into the rotation. He does not possess the length that Anderson and Turner have, but he makes up for it with next-level strength and power when coming off the edge.

5 ⭐️ LB, Jeremiah Alexander is the Crimson Tide’s top commit in the 2022 recruiting class, according to @TDAlabamaMag.

The Thompson (AL) product is a beast off the edge.

Alabama’s five-star quarterback signee, Ty Simpson is not expected to challenge Heisman Trophy winner, Bryce Young, but he will be in a fight for the back-up spot with Jalen Milroe. Now that Paul Tyson and multiple walk-ons have entered the portal, Simpson’s ability to create magic in the pocket could have him taking second-team reps this spring.

Simpson is an exciting quarterback who can create some magic in the pocket.

There is a possibility that Henry To’oto’to and Christian Harris will be playing on Sundays next fall, and Alabama will be looking for two new starting inside linebackers. If that comes to fruition, Alabama may have to lean on a younger group of linebackers with Shane Lee, Jackson Bratton and Jaylen Moody deciding to enter the portal. It is not ideal to start multiple freshmen at inside linebacker, but one playing alongside a more experienced player could work out really well.

Shawn Murphy and Jihaad Campbell will be among the young inside linebackers for Alabama next season. Murphy has prototypical size for the position at 6-foot-2 and 222 pounds. He is an old-school inside linebacker, who plays violently and fast. The Tide plan to develop Murphy into a leader on the defensive side of the football.

“They want me to play their MIKE position, so I can call the plays, ” Murphy told Touchdown Alabama at the Under Armour All-America practices. “They know I am very capable of making the calls and learning the playbook.”

Campbell has a different build than Murphy at 6-foot-3 and 215 pounds. He has more of a lean frame and operates in space very well. The rangy prospect said Alabama may use him at outside and inside linebacker.

“They see me at WILL linebacker,” Campbell said. “I will be getting a little bit of both inside and outside linebacker.”

Here is something Alabama fans would love to see more in the future as both embrace after making a stop. Both looked smooth on day 1. pic.twitter.com/ERGzTbTsZ9

Jahleel Billingsley was another player who surprised many with his decision to enter the portal. Cameron Latu and Billingsley split time at tight end during the 2021 season and each had their moments. Latu has not announced whether he will return to college or enter the NFL Draft. If Alabama wants to have another tight end duo next season, it may look to its freshman tight ends.

Amari Niblack and Elijah Brown are expected to enroll early at the University of Alabama. Niblack shares similarities with Billingsley. Both present mismatches out wide and are capable of producing after the catch. 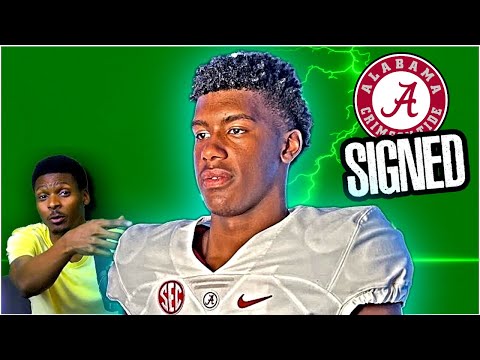 Brown is a hybrid tight end at 6-foot-6 and 241 pounds. He presents a big target and is one of the best blocking tight ends in the 2022 recruiting class. His head coach, Roosevelt Mukes said Brown is a type of prospect coaches look forward to using within their offense.

“It allows us to create mismatches,” Mukes said. “He is a big target that has nice soft hands. We as coaches look forward to utilizing a player like him and his abilities.”

Alabama may not be done losing players to the portal, and more opportunities could be n the horizon for other Alabama early enrollees.