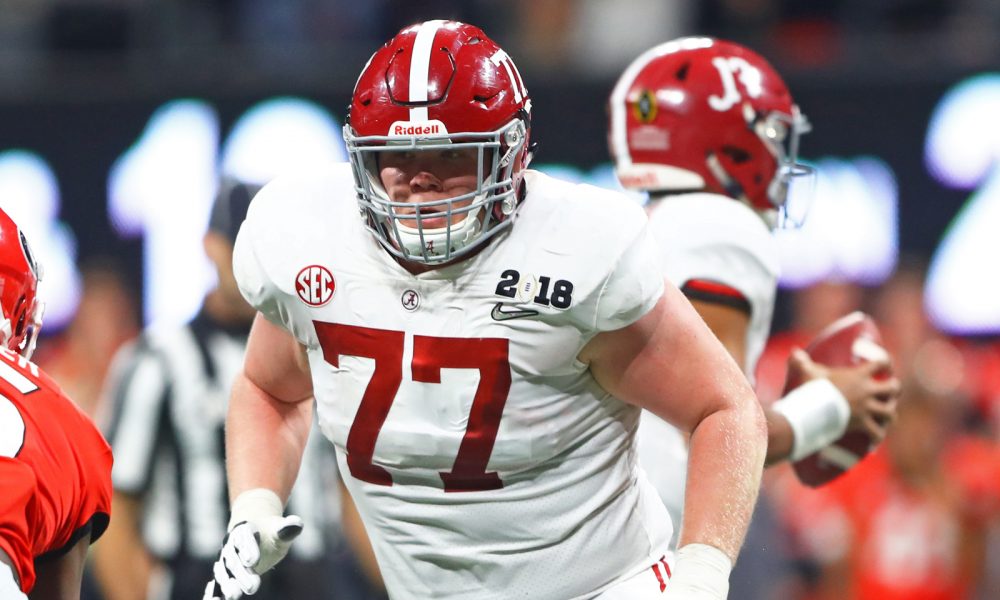 A two-time College Football Playoff National Champion for Alabama football is taking his talents north of the border.

Matt Womack is headed to the Canadian Football League to continue his pro career. He got signed to the Edmonton Elks, and Womack shared the news via Twitter. Womack came to Alabama as a three-star prospect from Mississippi in 2015.

After redshirting his initial freshman season, he played in 39 career games — including 15 starts. Womack started all 14 games at right tackle for the Crimson Tide in 2017. He assisted Damien Harris to his second straight 1,000-yard (1,000) season and helped Alabama secure a CFP National Championship. A foot injury limited Womack to seven games in 2018 and eight games in 2019.

He did not get selected in the 2020 NFL Draft, but Womack had a good pro day in Florida. He possesses versatility as an offensive tackle and offensive guard. Womack looks to become a quality starter in the CFL, and Tide fans wish him the best.