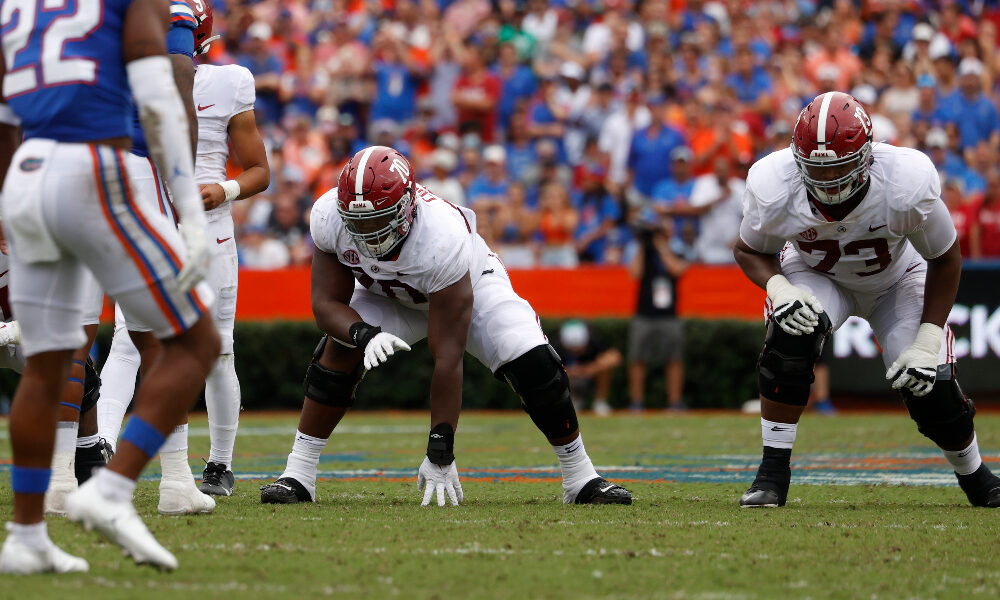 Javion Cohen enters his third season at Alabama and second as a starter.

He arrived on campus in the 2020 class as a four-star via Central High School.

RELATED: Amid reports of being suited by the Saints, David Ballou sends subliminal tweet in favor of staying put at Alabama

As a native of Phenix City, Ala., Cohen started 14 of 15 games at left guard in 2021. An injury sidelined him for Alabama’s matchup versus New Mexico State, but Cohen blocked for a 4,000-yard passer (Bryce Young) and a 1,000-yard rusher (Brian Robinson).

Cohen recorded 21 knockdown blocks in 1,073 snaps while allowing 0.5 sacks. The 6-foot-4, 305-pounder returns as an experienced player on the offensive line. He will have a new left tackle to play next to as Evan Neal heads to the NFL Draft.

Neal could be the No. 1 overall selection in April.

Cohen released a hype video to Twitter showing his best moments from last season, and its exciting fans for the coming fall.

He is prepared to lead a young group up front, starting in spring practice.