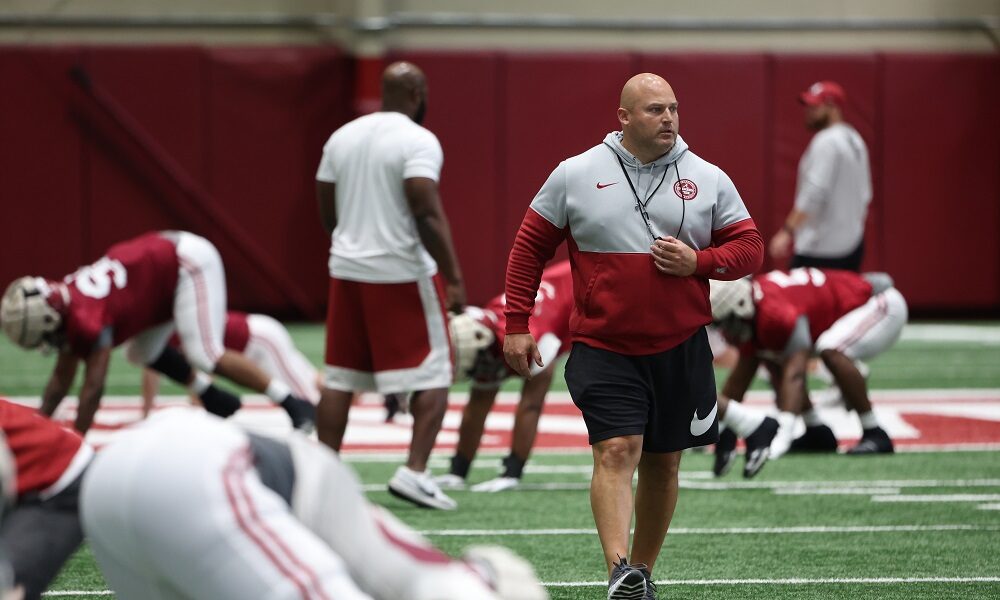 Alabama football is coming back for a national championship crown.

The offseason workouts and spring practices have yielded strong numbers for the Crimson Tide.

According to Coach Paul Constantine, Alabama players are ‘locked in’ and ‘looking faster’ for this season. Georgia defeated the Tide in the College Football Playoff National Championship Game in January, but this group is returning for unfinished business.

Alabama now has 12 wide receivers and defensive backs running 20+ miles per hour on the catapult system.

It had four players combined at both positions running this speed in 2021. The average speed per position is up one mile per hour from last year, and the average team speed is 2.9 percent faster. Alabama has also seen an increase in power from its offensive linemen, defensive linemen, and outside linebackers. The explosive power numbers are up 19% from last season.

Down in the trenches our bigs and OLB are playing more explosive then ever! Explosive number are up 19% from last year. No surprise that power number in the weight room for our lower body movements are through the roof. pic.twitter.com/93eJPciFPj

Players are on a mission in the weight room and speed training. Fans are hopeful this results in fewer injuries in the fall.

The Tide looks to return to peak dominance, and excellence in the offseason is how it starts.