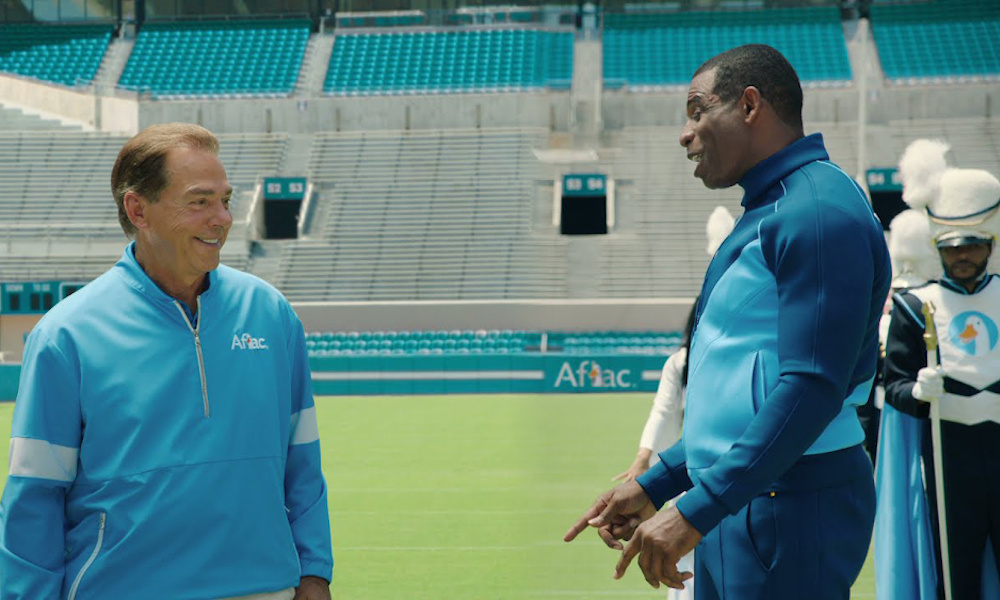 College football went crazy on social media in the Nick Saban-Jimbo Fisher feud about the name, image, and likeness structure.

Coach Saban said Texas A&M “bought every player in its 2022 signing class.” Coach Fisher responded by calling Saban’s comments “despicable” and labeling him as a “narcissist.” Saban never said Fisher or Texas A&M cheated, but he is not happy about the current NIL model. Saban also said Jackson State University paid a player $1 million to attend its program.

Deion Sanders, also known as “Coach Prime,” was not happy about Saban’s statement. He and Travis Hunter, the player indirectly referenced in Saban’s comment, responded on Twitter with comments. Saban should not have put Jackson State’s brand out there, especially with him and Sanders in Aflac commercials. Sanders still respects Saban, but he wants a public apology and is owed one. According to a report from the Clarion-Ledger, Barstool Sports does not have a deal for Hunter.

Barstool has the 21st and Prime podcast with Sanders, but nothing in place for Hunter.

Brandon Williams, the COO of Touchdown Alabama Magazine, has returned with a new video. He breaks down why Saban immediately owes Sanders a public apology. Sanders told reporters “you can’t do that publicly and call privately.”

Will Sanders get a public apology? We shall see.