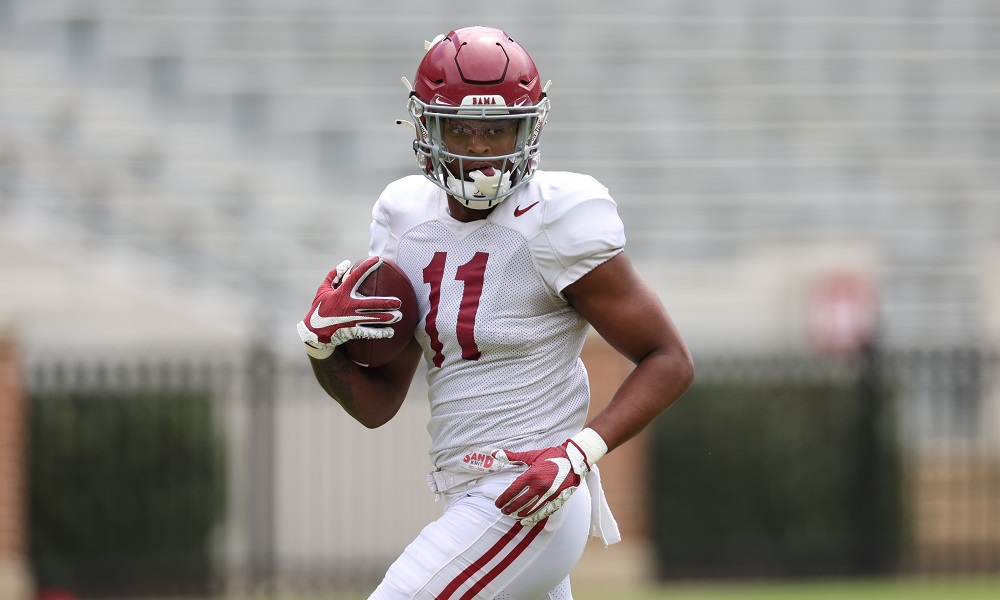 Traeshon Holden is the oldest receiver in Alabama’s room as he enters his junior year.

The Crimson Tide acquired Jermaine Burton (Georgia) and Tyler Harrell (Louisville) from the transfer portal, but Holden enrolled as a four-star recruit in 2020. He is a Florida native that played high school football at St. Frances Academy (Maryland) and Narbonne High School (California). The 6-foot-3, 214-pounder is the tallest wide receiver for Alabama in the coming fall.

He recorded his first touchdown against Mississippi State: a 29-yard catch and run to the end zone. Holden posted a career-high six receptions in the College Football Playoff National Championship Game versus Georgia. He has shown flashes of potential, but he wants to prove he is the next big-play receiver for the Tide. Holden has shared videos on Twitter of him performing routes, catching passes, crafting footwork, and displaying his skill set. He wants to be great for Alabama, and he’s putting the work in.

Holden knows this is his moment to pop.