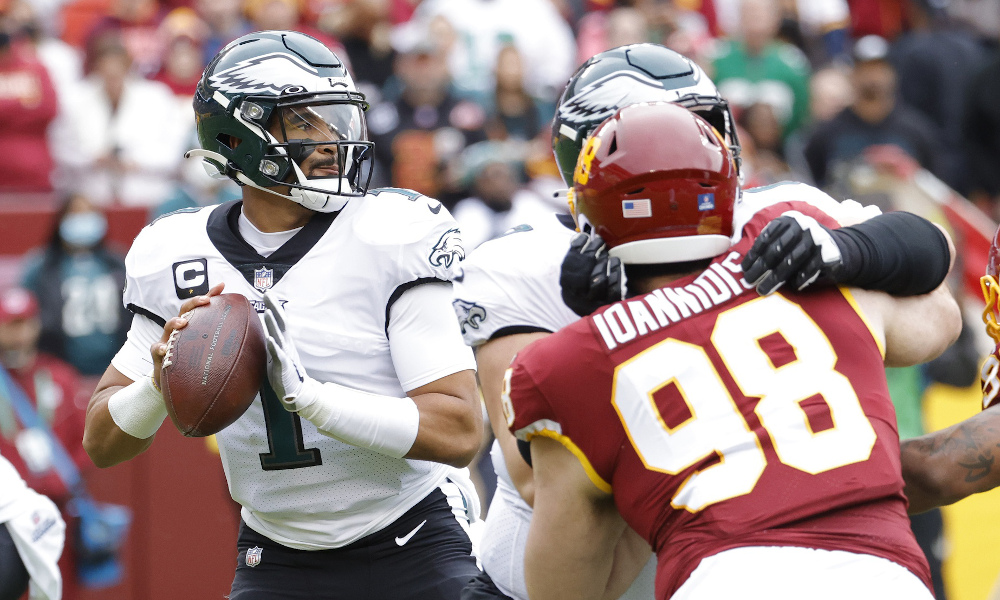 Jalen Hurts has carried the mentality of a business mogul since college at the University of Alabama.

He started the “Hurts so good” phrase as a freshman, breaking school records as a quarterback for the Crimson Tide.

RELATED: DeVonta Smith, an avid Celtics fan, says Jayson Tatum “ain’t got no dog in him” after NBA Finals loss

The idea was birthed then, but Hurts is now taking it to the big stage. Before his third NFL season starts, he has filed a trademark application for “Hurts So Good.” He filed the patent on Monday as he intends to launch a clothing line. Josh Gerben, a trademark attorney, released the news on social media. One has to have its name make money for it, and Hurts has found an outlet to do so.

Jalen Hurts has filed a trademark application for:

He has turned in a good offseason with the Philadelphia Eagles. Hurts is stronger, accurate as a passer, better with his timing, and has more confidence in the offense. The addition of A.J. Brown with DeVonta Smith will make the Eagles more explosive.