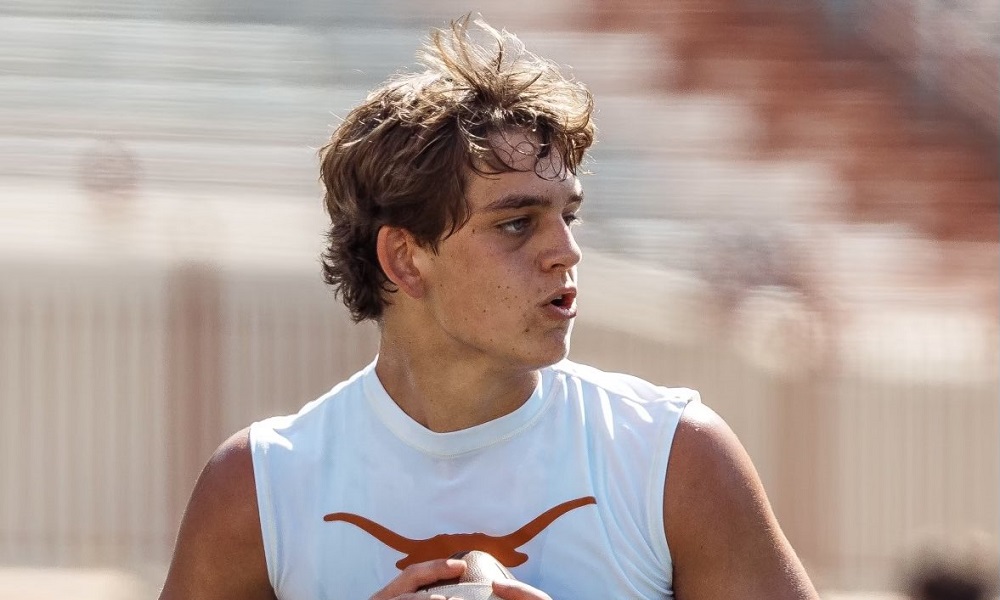 Arch Manning announced his verbal commitment to Texas Thursday over Alabama and Georgia.

Committed to the University of Texas. #HookEm pic.twitter.com/jHYbjBaF5K

Manning is the consensus No. 1 player in the 2023 recruiting class. He chose the Longhorns over the Crimson Tide and the Bulldogs, who both hosted for an official visit earlier this month.

Alabama currently has a commitment from four-star quarterback, Eli Holstein, and he is one of the to signal-callers in the 2023 recruiting class. Dylan Lonergan is now the only Alabama quarterback target who has not made a decision.