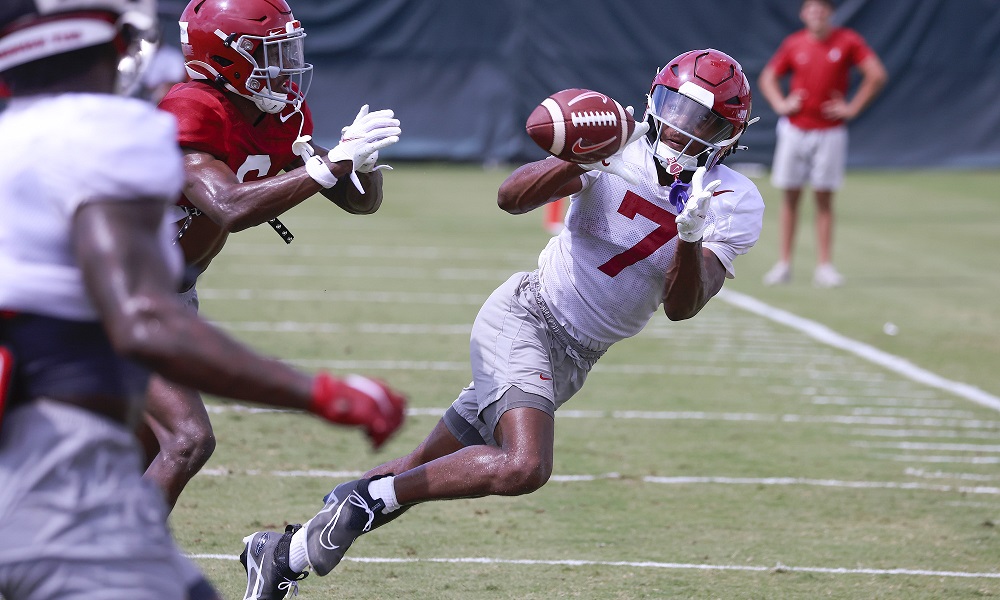 He recorded two touchdown receptions as a freshman — including a 28-yard game-tying score against Auburn in the Iron Bowl –but Ja’Corey Brooks captured a very special moment on Tuesday.

Ja’Corey Brooks fell into that role for Alabama late in the 2021 season. He started on special teams, but the South Florida native came up huge for the Tide against Auburn and in the College Football Playoff. Brooks took a photo with Fitzgerald and posted it to his Instagram. He aspires to be the constant professional as Fitzgerald. Brooks is looking forward to taking off as a sophomore.

He is pushing for a starting role in Alabama’s wide receiver room.