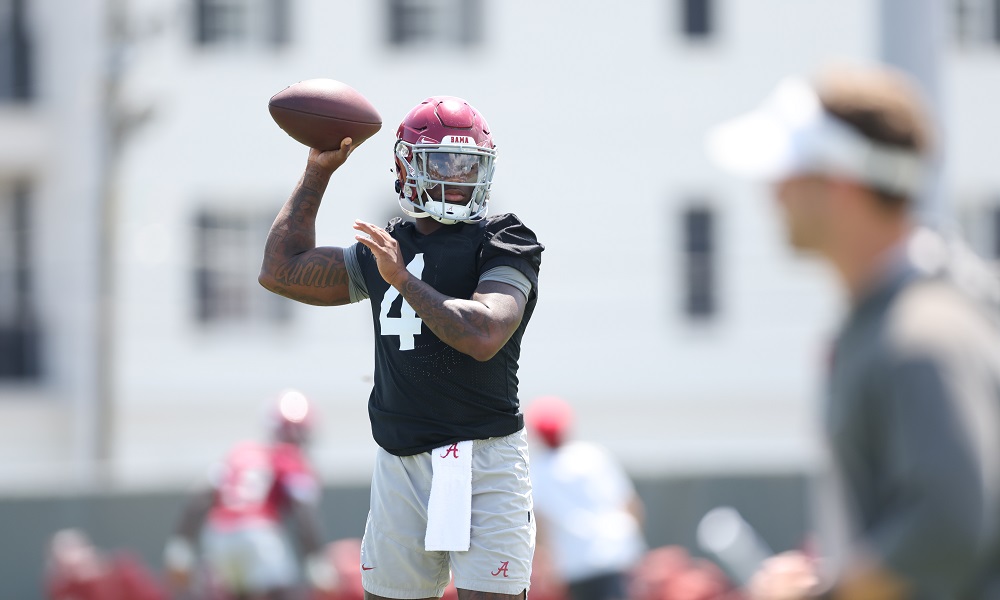 The popular clothing line has a NIL deal with outside linebacker Will Anderson Jr. Jalen Milroe, a sophomore, becomes the second Crimson Tide player to have a deal with Rhoback. Milroe, a native Texan, is expected to be Bryce Young’s backup at quarterback in the fall. He excelled in the strength program, and Alabama’s offensive coaching staff has a package for him.

We are beyond pumped to welcome @JalenMilroe to the Rhoback fam

A former top 100 recruit, Jalen is in line to become one of the next big faces of college football and we can’t wait for him to help lead Rhoback U for the next couple of seasons 🐘 #rhobackU #rhoback #craveactivity pic.twitter.com/rNZPYD1W1y

Milroe showed improvement in the passing game during spring practice, but he wants to build on it.

Rhoback is the first reported NIL compensation deal for Milroe.