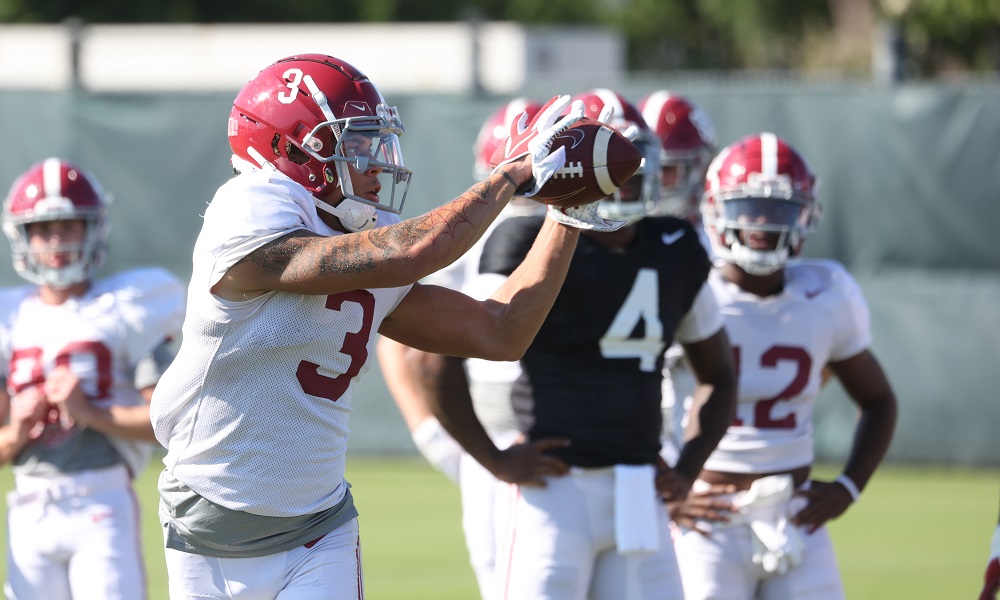 Alabama wants to click on offense, defense, and special teams before the challenging part of its Southeastern Conference schedule arrives.

The Crimson Tide hosts Vanderbilt on Saturday at Bryant-Denny Stadium.

RELATED: One thing Nick Saban refuses to let his cornerbacks do when they play

It will not face the Commodores of old as Clark Lea has the team at 3-1. Vanderbilt has one of the best scoring offenses in the SEC (42.0 ppg, fifth in the conference) and a veteran defensive unit. Nick Saban knows the challenges the Commodores will present, but he’s ready to see ‘hateful competitors’ rise from his team. Alabama wants to win, but it also wants to make a statement.

The keys to victory for the Tide over Vanderbilt are below.

Bryce Young has not had the chemistry with this group of receivers versus Jameson Williams, John Metchie, and Slade Bolden from 2021.

Players have dropped passes, failed to execute the correct routes, and it’s forced Young to hold the ball too long.

The junior quarterback has a rhythm with Traeshon Holden, but it needs to carry to Jermaine Burton, Ja’Corey Brooks, Kobe Prentice, Kendrick Law, Christian Leary, and others. Alabama has to get its tight ends involved more, but everything starts with Young having the confidence in this receiver room to make plays.

Alabama did a better job run-blocking against Louisiana-Monroe.

After inserting Tyler Booker into the rotation, the freshman helped the first-time offensive line create opportunities in the run game. Each back averaged over six yards per carry and the Crimson Tide totaled 242 yards with two scores from its backs.

RELATED: Impactful players for Vanderbilt that Alabama should watch this weekend

Vanderbilt brings a stout defensive front to Tuscaloosa, but the Tide has a chance to stack another strong outing.

The lineup of Tyler Steen, Tyler Booker, Darrian Dalcourt, Emil Ekiyor, and JC Latham will be what Alabama leans on for the rest of the season if it dominates the Commodores’ defensive unit. Coach Saban wants more physicality, and the Tide has to bring it.

3. Alabama’s cornerbacks need to solidify themselves against Vandy

Will Sheppard of Vanderbilt is the latest receiver to challenge the Tide after Texas’ Xavier Worthy had a productive day.

Sheppard has 23 catches for 313 yards receiving and seven touchdowns. He is the big-play weapon for the Commodores, but Alabama needs to show it can cover without holding or pass interference penalties. Vanderbilt may get a couple of plays in the passing game, but can the Tide remain disciplined? Terrion Arnold can use this matchup to prove he is the best cornerback on the field. Kool-Aid McKinstry can solidify himself as the other starting corner with a successful performance. Khyree Jackson is dealing with an ankle sprain, and Eli Ricks is running with the second team. Whether it faces Mike Wright or AJ Swann at quarterback, the Commodores’ passing attack is a good test to get Alabama ready for Arkansas and others on its slate.

Alabama fans can also check out “The Bama Elite” podcast via Touchdown Alabama Magazine on the Big Game College Football Podcast Network. The show is every Thursday and Sunday live on TDA’s YouTube channel.