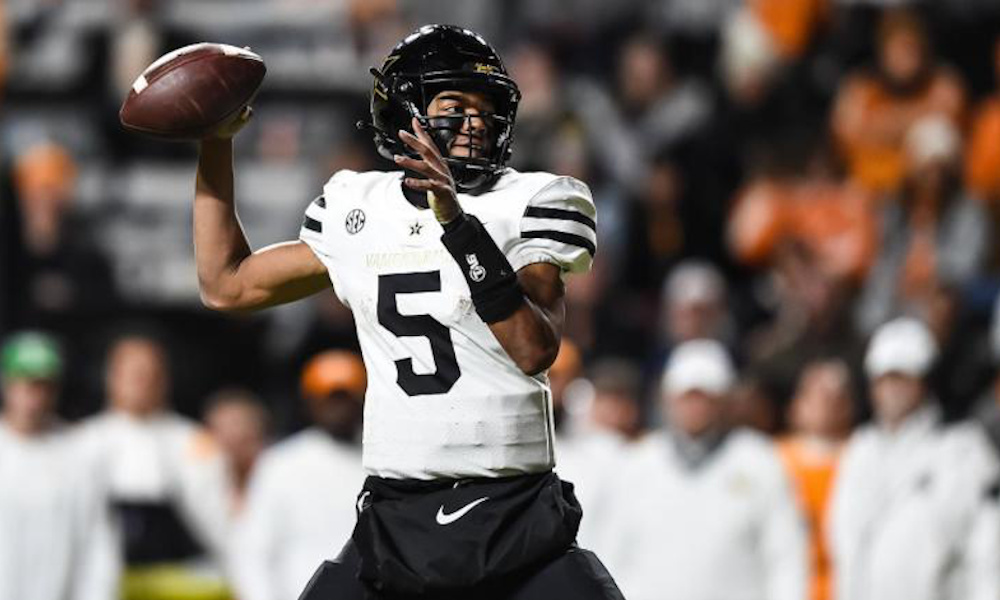 The Crimson Tide will host Vanderbilt at 6:30 p.m. CT on ESPN.

Clark Lea, head coach of the Commodores, is changing the culture. People are buzzing in Nashville (Tenn.) as Vanderbilt is 3-1 on the season. Coach Lea has this offense averaging 42 points per game, making it fifth in the SEC. Vanderbilt brings two dual-threat quarterbacks (Mike Wright and AJ Swann), a good running back (Ray Davis), and an explosive wide receiver (Will Sheppard) to Tuscaloosa to face Pete Golding and a veteran Tide defense at night. Below are the impactful players for the Commodores that Alabama should watch.

Mike Wright is one of the best dual-threat quarterbacks in the SEC.

He got benched in Vanderbilt’s loss to Wake Forest, but one should expect Coach Lea to use Wright’s athleticism against Alabama’s defense. He has four rushing touchdowns, averaging 8.3 yards per attempt and 88 yards per game. Wright accounts for 426 passing yards and six touchdowns. Tyler Steen, a transfer from Vanderbilt, said Alabama has a challenge defending Wright.

Steen is now an offensive tackle for the Crimson Tide this season.

AJ Swann is the other quarterback to watch. As a freshman, Swann has a higher completion percentage (63) and more passing yards (452) than Wright. He totals six touchdown passes and no turnovers. Swann presents the threat of explosiveness on the perimeter as a runner.

Ray Davis returns as a senior leader for Vanderbilt’s offense at running back.

He is averaging 5.5 yards per rush attempt and 96.3 yards per game.

He runs hard and enjoys following forward for extra yardage.

After dealing with Xavier Worthy of Texas, Alabama’s secondary will have another explosive receiver to face.

Will Sheppard is a marquee playmaker for the Commodores.

The 6-foot-3, 200-pounder has the acceleration, hands, routes, and everything else needed at the position. He leads Vanderbilt for receptions (23), receiving yards (313), and touchdowns (seven).  Sheppard averages 78.3 yards per game and 13.6 yards per catch. Kool-Aid McKinstry and Terrion Arnold have to shut him down before facing other weapons in the SEC.

Sheppard wants to break this secondary down.

Anfernee Orji is the voice behind Coach Lea’s defense for the Commodores.

Orji was a preseason candidate for Butkus and Bednarik awards.

He has 39 tackles, two tackles for loss, and two quarterback pressures. The native Texan enjoys dumping running backs in the backfield, making plays in coverage, and pressuring quarterbacks when he can. Alabama’s offensive line must limit him.

He has yet to record an interception, but he leads the defense with four pass breakups. Lucien plays with sound technique, turns to play the ball, and loves the challenge of shutting down an opponent’s best receiver. He may draw Traeshon Holden or Jermaine Burton. Holden has been consistent in three games for the Tide, but Tide fans want more from Burton.

Both guys will have to create separation from Lucien.