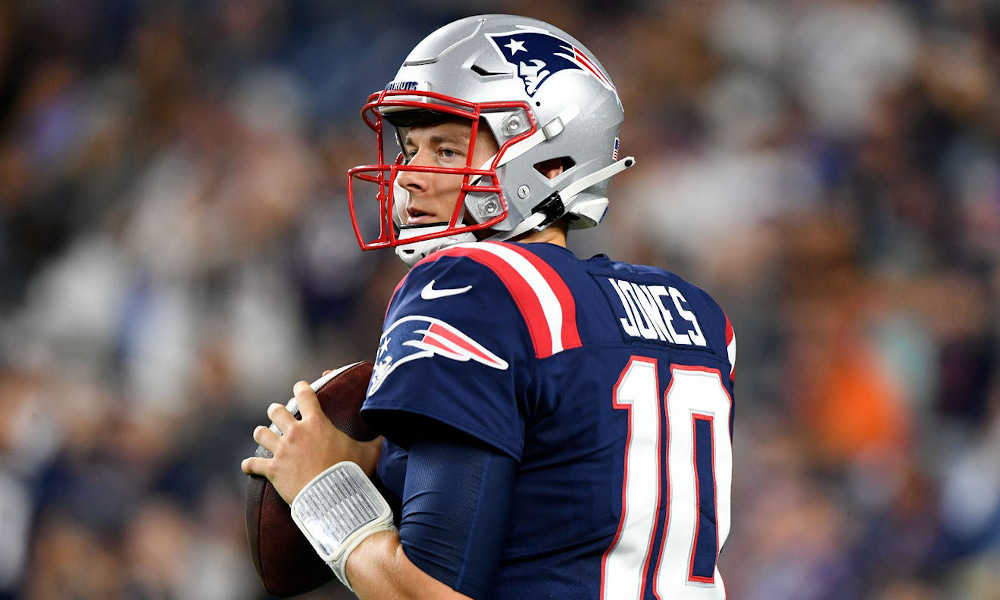 After sustaining an ankle injury last Sunday where he was unable to walk off the field, Patriots quarterback Mac Jones may not be sidelined for so long.

According to NFL Network’s Mike Giardi, Jones has been participating in the team’s game planning for this upcoming Sunday’s game against the Packers. He has also told several of his teammates not to count him out of suiting up for the game against the NFC power.

Per sources, Mac Jones is in the facility and participating in game planning. The #Patriots QB has to told multiple teammates to not count him out of this weekend's game at Green Bay, and is still operating as if he has a chance. Practice is scheduled for around 12:35 today.

Despite the optimism from the team’s signal caller, Jones was not a participant in the Patriots practice on Thursday, according to several local media members.

Head coach Bill Belichick spoke on Wednesday adamantly stating that Jones’ injury is considered to be “day to day” with no other updates on if there’s any potential of him starting on Sunday.

If Jones is unable to go New England will look to veteran backup quarterback Brian Hoyer to step in.