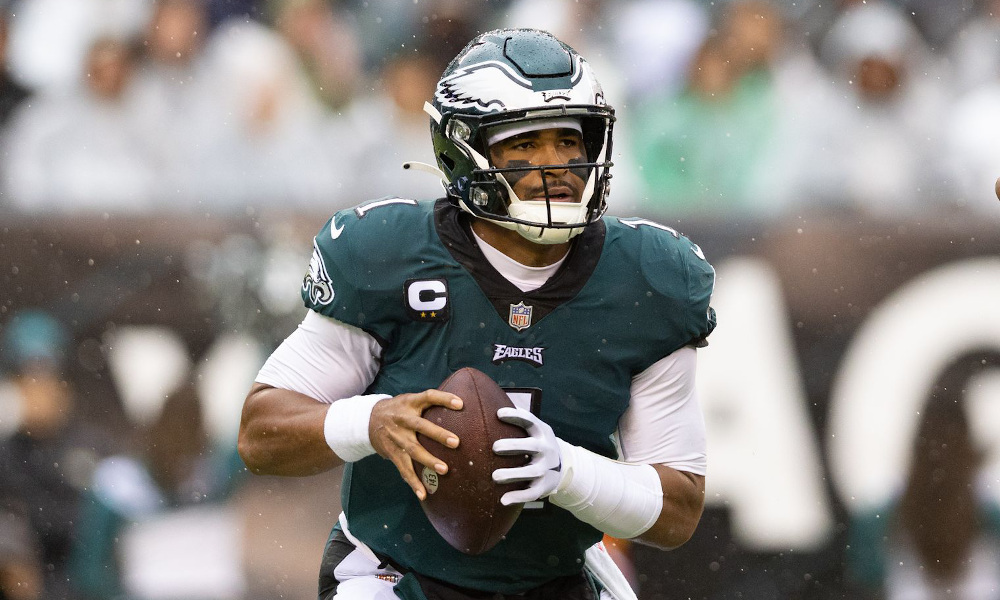 Jalen Hurts has everyone in the national media riding high on the Philadelphia Eagles.

Colin Cowherd, Host of The Herd with Colin Cowherd, has the Eagles in his Super Bowl bubble. Philadelphia is undefeated and coming off a bye week to face the Pittsburgh Steelers on Sunday. Hurts has 12 total touchdowns (six rushing scores), two 300+ yard passing performances, and a passer rating of 100 or higher in three games. He has propelled the Eagles to have a top-five offense in the National Football League, averaging 394.5 yards per game. Philadelphia has the ninth-best rushing offense in the league, totaling 156 yards per matchup. Hurts has the Eagles slightly outside the top 10 for scoring offense (26.8 ppg) at No. 11.

RELATED: Mac Jones to start for Patriots on Sunday against New York Jets

He heaped praise on the third-year quarterback in a presser ahead of Sunday’s matchup.

“Man, I have just so must respect for him,” Tomlin said about Hurts. “The way he plays the position, his intangible quality, and his leadership skills. His prudent decision-making. His prudent use of mobility. It is all good, and that is why they have very little negativity in their offense. They utilize his mobility schematically in their offense in situational moments. It’s challenging for the defense on possession downs.”

Philadelphia has an offense that loves to beat opponents up in the run game.

Hurts has improved as a passer, especially with DeVonta Smith and A.J. Brown as wide receivers. Several former Alabama players will be in this matchup, including Hurts, Smith, Landon Dickerson, Minkah Fitzpatrick, Najee Harris, and Levi Wallace.