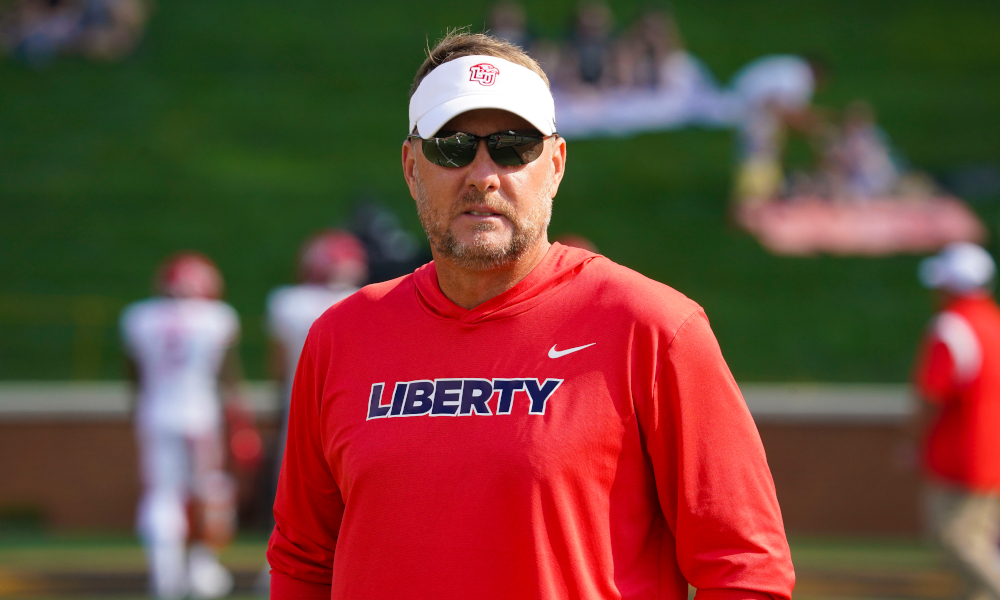 The Iron Bowl has taken an interesting turn as Hugh Freeze is Auburn’s new head coach.

After Lane Kiffin turned down the opportunity, the Tigers went in on returning Freeze to the Southeastern Conference.

RELATED: Naysayers ‘brought this Alabama team together’ per Nick Saban and players

Several reporters confirmed the news as Auburn has its third head coach in four years. Freeze, 53, spent four seasons (2019-22) at Liberty University — posting a 34-15 record. He guided the program to a 10-win season in 2020 and helped former Auburn transfer, Malik Willis make to the National Football League as a quarterback. Freeze served as head coach for the University of Mississippi (2012-16) before going to Liberty. He compiled a 39-25 record in five years, including a 10-win season in 2015.

He will be the Tigers’ third head coach in four years.

Sources: Hugh Freeze’s deal with Auburn is six years, at an average of $6.5 million per year.

Freeze defeated Nick Saban twice in 2014 and 2015. Off field issues got him fired from the Rebels, but Auburn gains someone that’s familiar with Saban and Alabama. The experiment with Bryan Harsin did not work, so the Tigers chose to swing for the fences.

Freeze is one of the best offensive minds in college football.

Recruiting and action on the field between Alabama and Auburn is about to get fun.