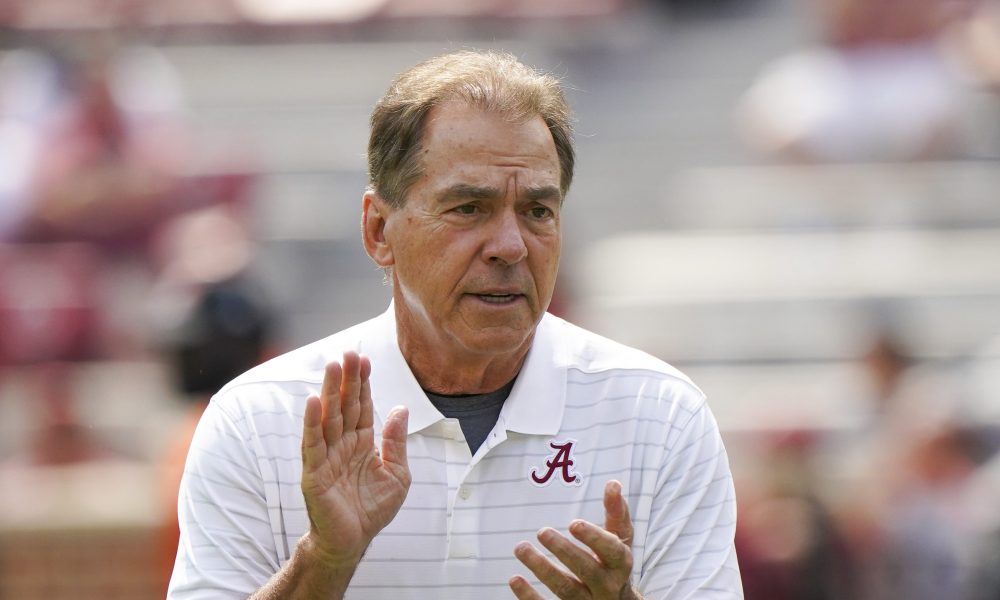 Alabama entered the college football season with many expectations, including a Southeastern Conference Championship and a College Football Playoff National Championship.

Neither got achieved as two losses knocked the Crimson Tide out of contention. Alabama has not been dominant or balanced offensively and defensively all year. The team made uncharacteristic mistakes, had poor game-planning, a lack of energy, and did not carry itself with the level of excellence we are used to. However, the Tide managed to earn 10 wins and captured a berth in a classic bowl game. Alabama is scheduled to face Kansas State in the Allstate Sugar Bowl on New Year’s Eve at 11:00 a.m. CT.

The Wildcats are coming off a Big 12 Championship win over TCU and are excited to face the Tide. On Sunday, Nick Saban told reporters via a virtual press conference that Alabama wants ‘to prove’ how good a team it is in the Sugar Bowl.

“Our team needs to bounce back and show they are excited about the opportunity we have to play against a top-notch team who is a conference champion,” Saban said. “We had a season that was up and down, but we finished strong. Hopefully, we can do a great job of embracing the challenge we have in playing a classic game to me. I hope our players embrace that and want to do a great job of having the opportunity to prove who they are as a team.”

The Tide has had moments where it needed a marquee play to spark its season, but it did not happen. No matter if it was a missed tackle, a dropped pass, a dropped interception, a failure to execute on third down, etc…, Alabama could not put teams away this season as it has done in recent years. Saban is looking forward to young names having a chance to see valuable reps in bowl prep.

People are excited about the talent in the 2023 class, but next year begins with a strong performance in the Sugar Bowl.