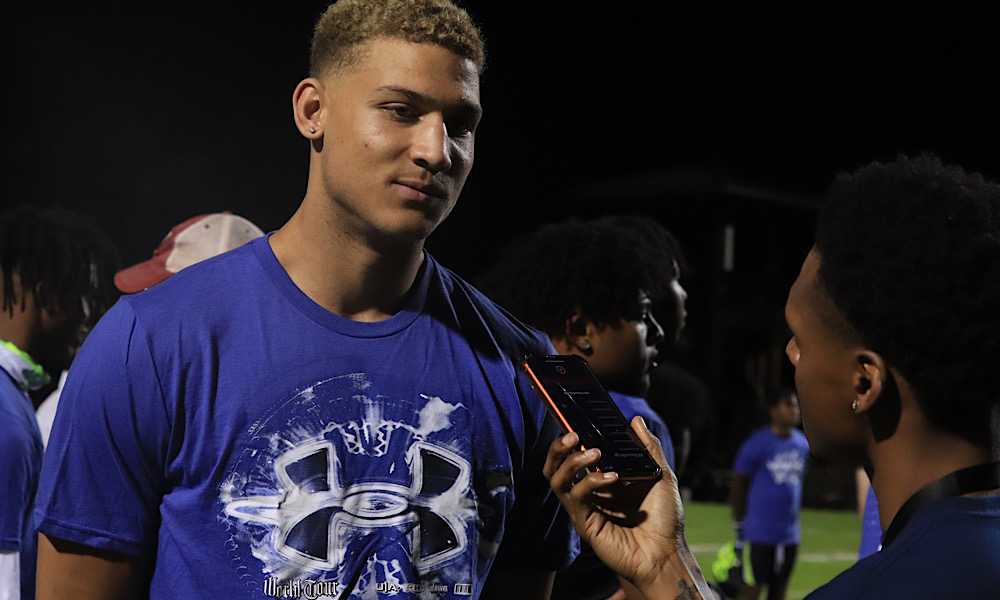 The nation’s top 2023 tight end prospect, Duce Robinson has not signed or committed to a school yet.

Robinson is considered the nation’s top 2023 tight end prospect, and he garners a five-star rating. Georgia and USC are among the heavy favorites to land Robinson at the moment.

Alabama hosted the Arizona product for an official visit in October.

However, there is not heavy interest in the Crimson Tide at the moment, but Robinson still talks to Alabama’s tight ends coach.

“I talked to Coach Cox a little bit,” Robinson told Touchdown Alabama. “Coach Cox is great. He cares about his players. It seems like he really got a deep connection with his players, and I think he is a great coach. I think he is one of the best tight end coaches in the country.”

The five-star recruit added he feels going to  Alabama is a direct part to the NFL.

“Alabama is Bama. It seems like if you want to make it to the NFL, especially fast, Bama is one of the best places in the country to go.”

Robinson will look to make a decision in

“I am going to try to get out and take as many visits as possible. It is going to be hard because I have the Polynesian bowl coming up, and I am playing basketball. If I am able to take visits again, that would be great. But if I am able to take none, we will make a decision based off that.”