Though it’s hard to get to the top of the mountain, it’s the task of remaining the best and staying relevant that becomes difficult to achieve.

Alabama’s journey back to the pinnacle of college football greatness wasn’t easy. After years of success under Wallace Wade, Frank Thomas, Paul Bryant, Bill Curry and Gene Stallings, the Crimson Tide hit a wall. For nine years (1997-2006), Alabama football struggled to regain its identity. Despite hope occurring in 2000 (Mike DuBose: 10-3) and 2005 (Mike Shula: 10-2), the Tide couldn’t close the deal.

With Nick Saban’s arrival in 2007, it was the 2008 class that defeated Alabama’s contentment of being mediocre. Under Saban’s teachings and the hunger of the players, the Tide bought into the process and accomplished a national title in 2009.

Having responsibility comes along with displaying pride. Regardless of not wanting to be mediocre, one still has to focus on achieving the best even when he or she is already winning. This task was easier said than done for Alabama in 2010. While the nation pinned another crystal ball to Tuscaloosa, the Tide struggled to find leadership.

As it submerged under the hype and high expectations, Alabama finished 2010 with a 10-3 record. For any other program, a 10-win season is a blessing, but for Tide fans the thirst is not quenched unless immortality is reached.

Sometimes playing for something else can be important in getting you out of your comfort zone and cause you to work harder. Despite the damage it caused, the April 2011 tornado did that for Alabama. In the aftermath of the storm, four things stood out the most. Yes, people lost lives, possessions and jobs, but they kept the hunger and drive.

Though it wasn’t iconic, the “T-town Never Down” shirts sparked something in Tuscaloosa and the Alabama football team. Now with a purpose to play for and fans to inspire, Saban and the boys went to work in 2011. Alabama rode the wave of destiny into the 2012 BCS National Championship Game. Behind AJ McCarron, Trent Richardson, Kevin Norwood and a dominating defense, the Tide blanked LSU 21-0.

The victory did more than help Alabama put away its complacency; it helped them realize that with hard work and dedication they could give the fans something meaningful. The same mentality in 2011 followed the Tide into 2012. The team began to bond more, especially on the offensive line. Behind All-Americans Barrett Jones, DJ Fluker and Chance Warmack, the Crimson Tide bullied its way through the competition.

One of the true testaments in defeating complacency is when you are able to go beyond the call of duty to help your team win. The matchup against LSU in 2012 was an emotional draining game for Alabama. Backed up against the wall with a record crowd of 93,374 fans in attendance, Crimson Tide fans witnessed what happens when a team truly comes together.

On one hand, all fans and analysts saw was a 5-play, 80-yard drive to win a game, but what really happened was the maturation of a team who understood what it took to block out everything else and focus on winning a ball game.

The fire from the victory over LSU propelled Alabama into the 2013 BCS National Championship Game against Norte Dame. For a team that had the No. 1 defense in the nation, no one thought the Crimson Tide would beat up on the Irish. Many college football analysts bit their tongues that night. Behind a veteran offensive line, a confident quarterback, elusive running backs and a hungry defense, Alabama embarrassed Notre Dame 42-14.

It’s the biggest contradiction in society today, but sometimes it’s actually good to lose. If you never experienced rain, it becomes difficult to appreciate sunshine. This issue became Alabama’s Achilles heel in 2013. When you are on a team that rarely loses, you develop a sense of entitlement to championships.

Regardless of its love for victories, the chemistry wasn’t there for the Tide last season. They grew comfortable with putting on a crimson and white uniform and thinking opposing teams would play down to them. Yes, they defeated some team, but when it came down to matchups against teams that had just as much or more talent, Alabama folded.

Everyone wants to be a winner. It has been engraved in our minds since Nelly released the song “Number 1” in 2001. With winning comes confidence, but sometimes arrogance follows as well. When you lose, it allows you to refocus your thinking on what’s important.  For Alabama, the losses to Auburn and Oklahoma have done that.

If one was to tour the Alabama players’ facility, they would find posters that read “This is what happens when you don’t give it your full effort, 0-2.” The Crimson Tide fell into the hype trap last season. Next season, Alabama will have an opportunity to get back to a national title. Despite bringing in coaches to help Saban and flying in another No. 1 recruiting class, it means nothing if Alabama can’t cash in on it. 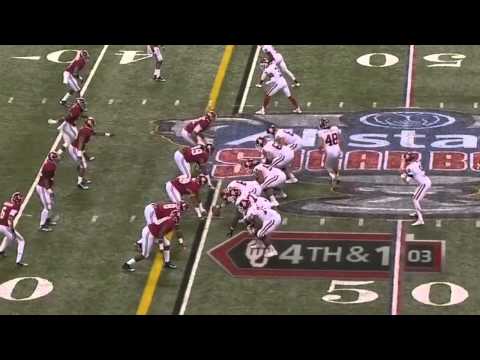