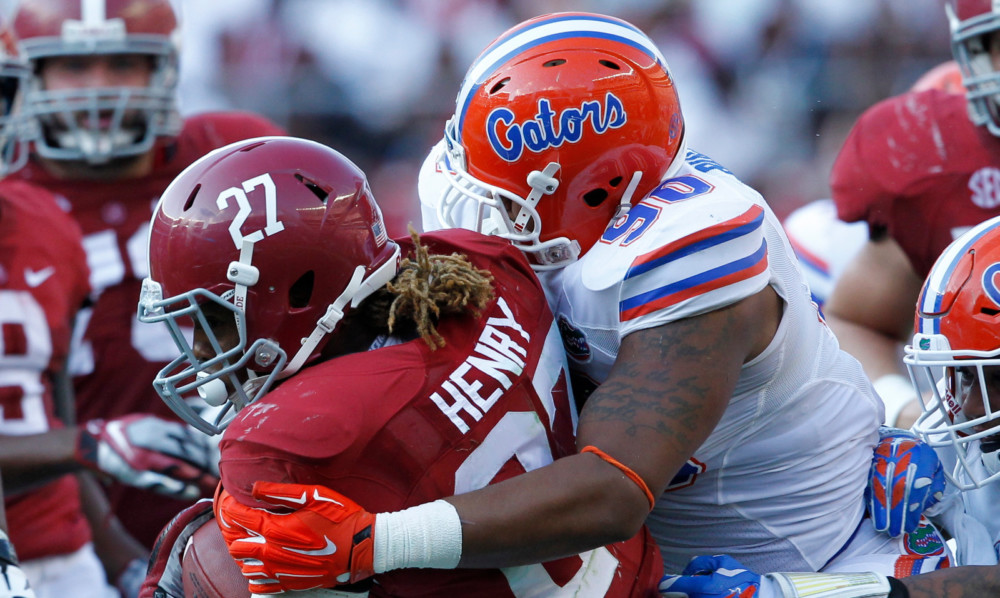 It’s December 5, 1992 and more than 83,000 people have made their way to Birmingham, Alabama to witness the very first college football postseason conference championship game. Second-ranked Alabama had just finished an undefeated regular season under head coach Gene Stallings and now had to face Steve Spurrier’s Florida team before having a chance at a national title.

After blowing a 21-7 lead, the Crimson Tide came out on top after Antonio Langham returned an interception 27 yards for the game-winning touchdown with just over three minutes to go in the game. The 28-21 win vaulted Alabama to the Sugar Bowl where they would defeat Miami and be crowned the AP National Champions.

Fast forward 23 years to the date and Alabama will once again be facing off against a Florida team in the SEC Championship Game, this time in Atlanta. The Crimson Tide and Gators have played against each other in this game a total of seven times in the past. Florida is 4-3 in those games but Nick Saban and the Tide won the most recent game in 2009. Before the game is played this Saturday, let’s reminisce on the other six conference championship matchups.

Steve Spurrier got his revenge on the Crimson Tide and made sure to let the media know how he felt about Alabama, fueling the rivalry’s fire. The Gators were led by quarterback Terry Dean who started over Danny Weurffel. Alabama got to make the trip to Legion Field as SEC West champions because the undefeated Auburn Tigers were on probation. The Gators went on to win the Sugar Bowl while the Crimson Tide had to forfeit

The Gators used a late touchdown pass from Weurffel to Chris Doering to take a one-point lead and win their second straight SEC Championship. The game was the championship game to be played in the Georgia Dome in Atlanta. It was the Tide’s first loss of the 1994 season.

Wuerffel threw for 406 yards and six touchdowns and led Florida to their fourth straight SEC Championship under Steve Spurrier. The Gators ended up winning their first national championship after a win in a rematch against Florida State and the senior quarterback won the Heisman Trophy. Alabama finished 10-3 and won the Outback Bowl in Coach Stallings’ final season.

After falling behind 7-0 in the first quarter, the Crimson Tide fought their way back into the game and pulled away in the second half. Alabama used a 19-0 fourth quarter that included a 77-yard touchdown run by Championship Game MVP Freddie Milons and a 38-yard interception return for a touchdown by Reggie Grimes. Alabama finished the season 10-3 with an overtime loss to Michigan in the Orange Bowl.

In a matchup between the top two teams in the country, Florida used a 14-0 fourth quarter to hand the Crimson Tide their first loss of the season. Tim Tebow’s short touchdown pass to Riley Cooper put the game away with just under three minutes to go in the game. The Tide ended the season at 12-2 after a loss to Utah in the Sugar Bowl.

Both teams entered this game undefeated and once again as the top two-ranked teams in the country. Alabama got their revenge thanks to three rushing touchdowns by Heisman Trophy winner Mark Ingram and a career performance by quarterback Greg McElroy. The Crimson Tide capped off their 14-0 season with a win in the Rose Bowl for their first national championship under coach Nick Saban.