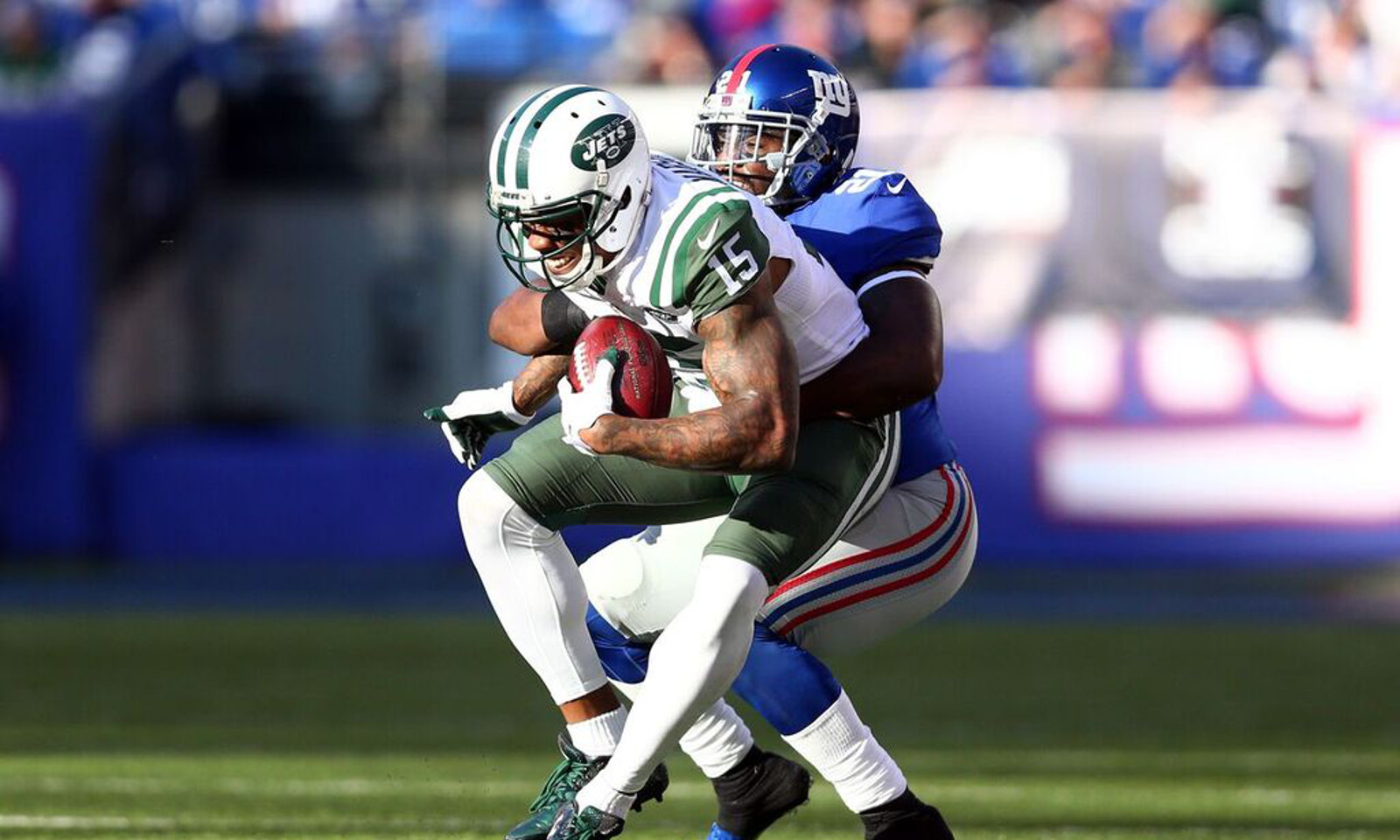 A tough setback for the New York Giants as it fell to the New York Jets in Sunday’s 20-23 overtime loss. Giants’ safety Landon Collins set a tone on defense, totaling eight tackles.

The former Alabama standout led the team in stops, with seven unassisted. He recorded a pass breakup and excelled in run support, limiting the Jets to 90 rushing yards on 24 carries.

Collins led the Crimson Tide in tackles (99) and recorded three interceptions (tied for lead) during his junior season in 2014.

He has brought the same mindset to the Giants, accounting for 70 tackles, seven pass breakups and an interception.

Collins leads the team in tackles and pass breakups.

New York, who is now 5-7, still can make the playoffs as an NFC East division winner. It trails Washington (5-6) by having one more defeat. A Redskins loss coupled with the Giants winning out gives New York a chance to steal the division.