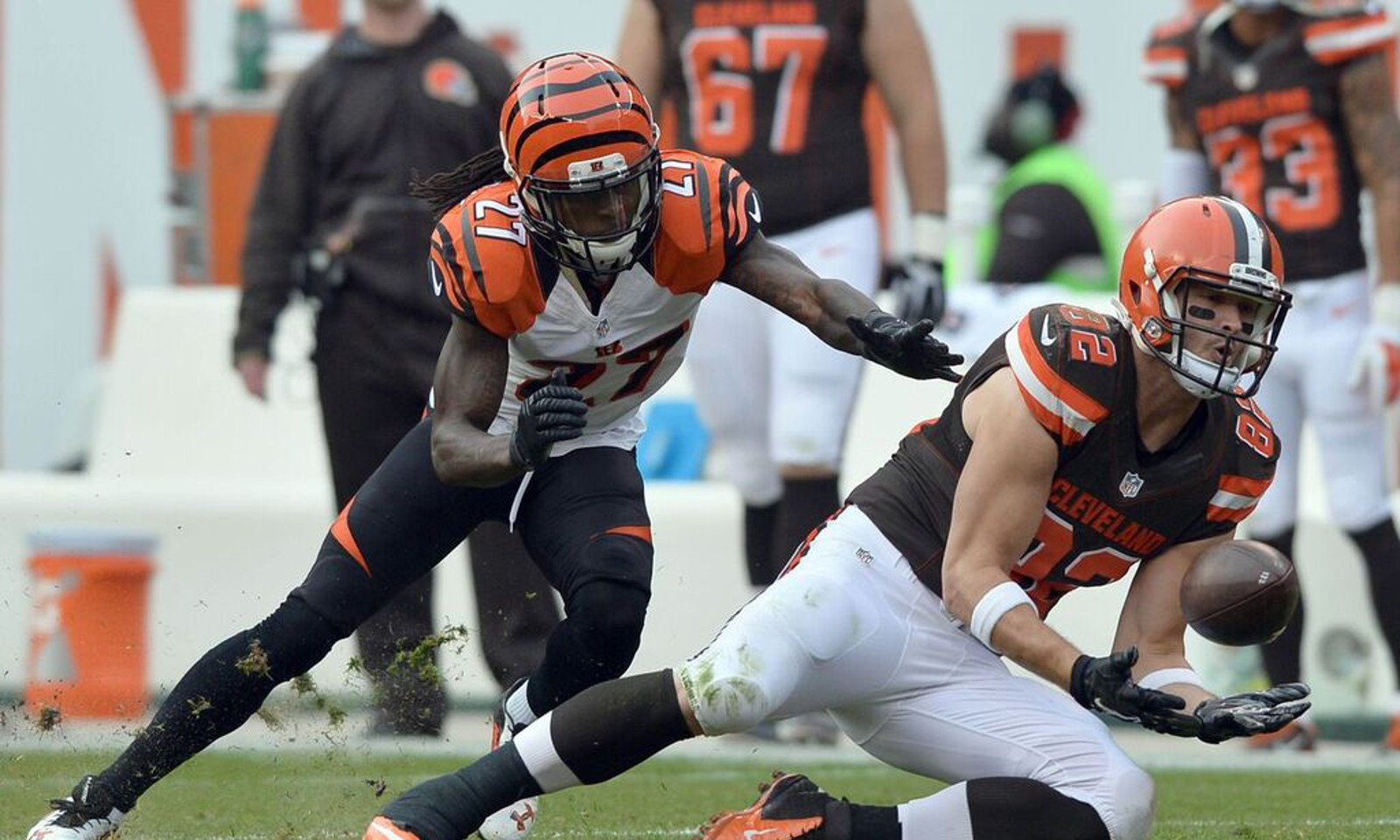 Cincinnati improved to 10-2 after Sunday’s 37-3 blowout victory over Cleveland on the road. Cornerback Dre Kirkpatrick chimed in with three tackles, all coming unassisted and a pass breakup. Kirkpatrick, a four-year veteran, stands fifth on the team in tackles (49) and has defended 12 passes.

A former Alabama standout, he limited Cleveland to 68 rushing yards on 19 carries. Browns’ running back Isaiah Crowell was held to 62 yards rushing on 11 attempts.

Cincinnati remains atop the AFC North and can clinch a division crown with four games remaining. Kirkpatrick can accomplish his second division title (2013) and fourth overall playoff appearance (2012-14), if the Bengals finish strong.

Cincinnati selected Kirkpatrick with the 17th overall pick in the first round of the 2012 NFL Draft. It will face the Pittsburgh Steelers (7-5) at Paul Brown Stadium next week.