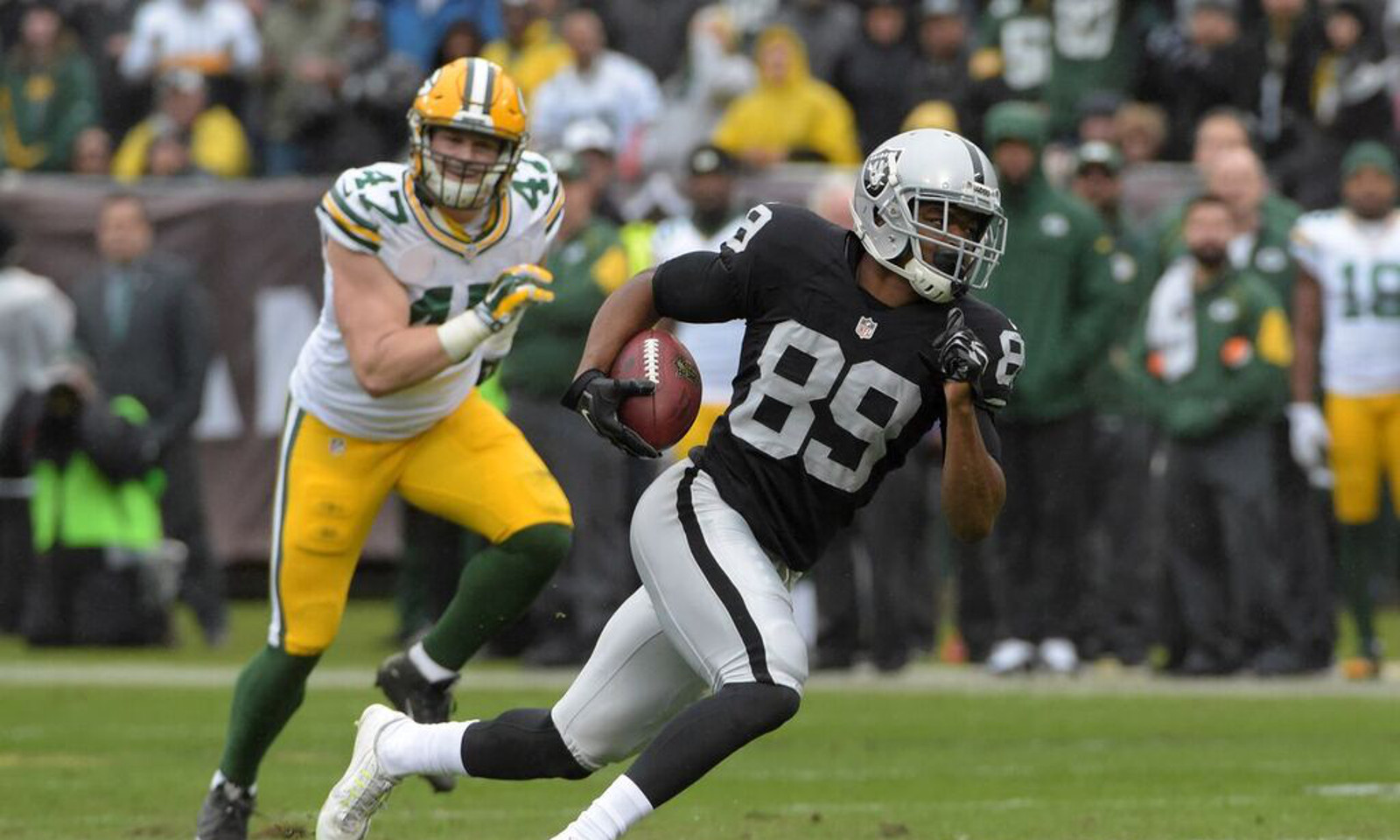 Oakland’s rookie wide receiver Amari Cooper has brought excitement to the once dark and depressing black hole that is Raiders football. Even in Sunday’s losing effort at O.co Coliseum against Green Bay, fans gathered to see the former Alabama standout and Fred Biletnikoff winner put on a show.

He now stands at 1,040 receiving yards, making him the first Raiders’ rookie wide out to eclipse the mark.

Cooper did work against Green Bay’s secondary, totaling six catches for 120 yards on nine targets. He was exceptional at creating separation and high-pointed balls with ease.

He entered the game with four touchdowns, but quarterback Derek Carr hooked up with him in the end zone twice. Cooper’s touchdowns came on receptions of 19 and 26 yards.

The latter of the two occurred on a fade route in the third quarter, giving Oakland a 20-17 advantage.

The Raiders dropped to 6-8, but head coach Jack Del Rio will build from this season. It has two games remaining on its schedule with an opportunity to finish at .500. Oakland’s decision to draft Cooper in the first round (fourth overall pick) could land the Raiders in the playoffs in the coming years.