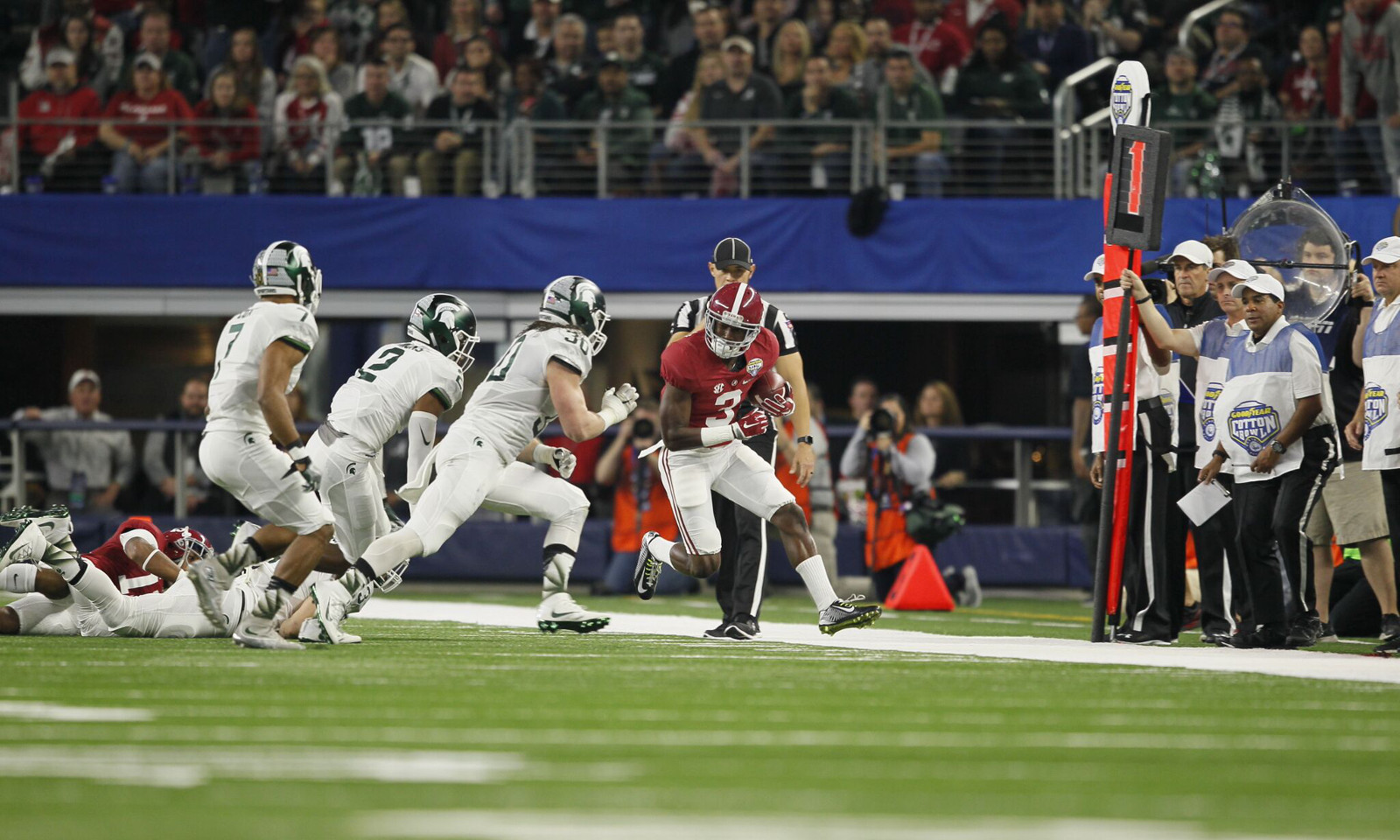 Talented athletes like ex-Alabama wide receiver Amari Cooper cannot be replaced; however, coaches expect to find someone that can emerge, show leadership and fill the void.

Cooper, a native of Miami, Fla., was the Southeastern Conference’s Offensive Player of the Year in 2014.

He became Alabama’s all-time leading receiver with 228 catches for 3,463 yards and 31 touchdowns in his career.

He did much of his damage as a freshman in 2012, accounting for 59 receptions for 1,000 yards and 11 touchdowns. The former Fred Biletnikoff Award winner and Heisman Trophy finalist was taken in the first round (4th pick) of the 2015 NFL Draft by the Oakland Raiders. Cooper was dynamic, but the sunshine state has a way pushing others to mainstream media.

Calvin Ridley, unlike Cooper, is a 21-year-old freshman.

His age limited him to three games as senior at Monarch High School in Coconut Creek, Fla. He enrolled at Alabama in 2015 as a five-star prospect, with goals to contribute immediately.

Injuries to Cam Sims and Robert Foster would grant Ridley an opportunity. His first collegiate touchdown reception came in front of the home crowd at Bryant-Denny Stadium against Louisiana-Monroe. Quarterback Jacob Coker hooked up with Ridley on a 15-yard pass in the second quarter.

His “welcome to college football” moment came against Georgia at Sanford Stadium on Oct. 3, 2015. The freshman averaged 24 yards per catch and chimed in with 120 receiving yards on five receptions. His second touchdown catch of the year came on a 45-yard post pattern from Coker.

Alabama’s homecoming match-up against Arkansas was Ridley’s best game, prior to the SEC title meeting against Florida and the Cotton Bowl game against Michigan State. 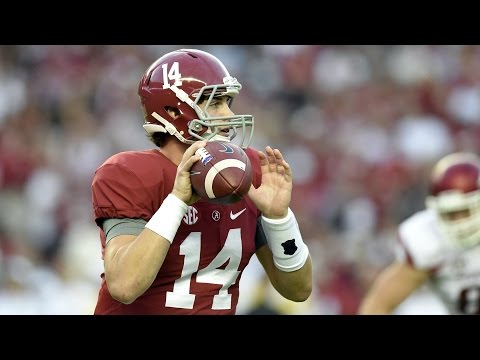 He hauled in eight passes for 140 yards, with one going for an 81-yard touchdown in the third quarter. His efforts gave the Crimson Tide a 10-7 advantage, and would lead to it outscoring Arkansas 17-7 in the fourth quarter.

Florida’s defense controlled Alabama running back Derrick Henry for much of the game, yet its secondary could not stop Ridley. He collected his third 100-yard receiving performance, totaling 102 yards on eight catches. Coker found him on a 50-yard pass in the second quarter to set up a touchdown.

Ridley and Cooper may differ in age, but both similar in mindset. Cooper proved that no stage was too big for him and in his own, Ridley has shown Crimson Tide coach Nick Saban the same thing. This notion was evident in the Cotton Bowl.

Offensive coordinator Lane Kiffin unleashed Ridley on the College Football Playoff stage and Michigan State wanted no part of it. He tore through its secondary for 138 receiving yards and two touchdowns on eight catches, giving him his fourth 100-yard outing. Both of his scores came in the third quarter as part of a 38-0 beatdown against the Spartans.

Ridley’s size, 6-foot, 188 pounds, may not appeal to college football analysts but his hands, acceleration and route running capabilities causes jaws to drop. Much like his predecessor, Ridley can change speeds, break off routes, adjust to the football and work back to the quarterback with ease.

He has surpassed a freshman mark set by former Alabama wide out Julio Jones in 2008. He caught 58 passes for 924 yards with four touchdowns. Ridley comes in with 83 receptions for 1,031 yards and seven scores. He has more catches and yards than Cooper and Jones did as freshmen.

Multiple All-American teams came calling for Jones and Cooper, and the same has followed Ridley. He earned Freshman All-American honors from Sporting News and the SEC. Ridley stands second behind Cooper in school history for most receptions in a single season. He places fourth behind D.J. Hall, Jones and Cooper for receiving yards in a season.

Ridley and Alabama will face No. 1 Clemson at University of Phoenix Stadium on Jan. 11 for a national title opportunity.