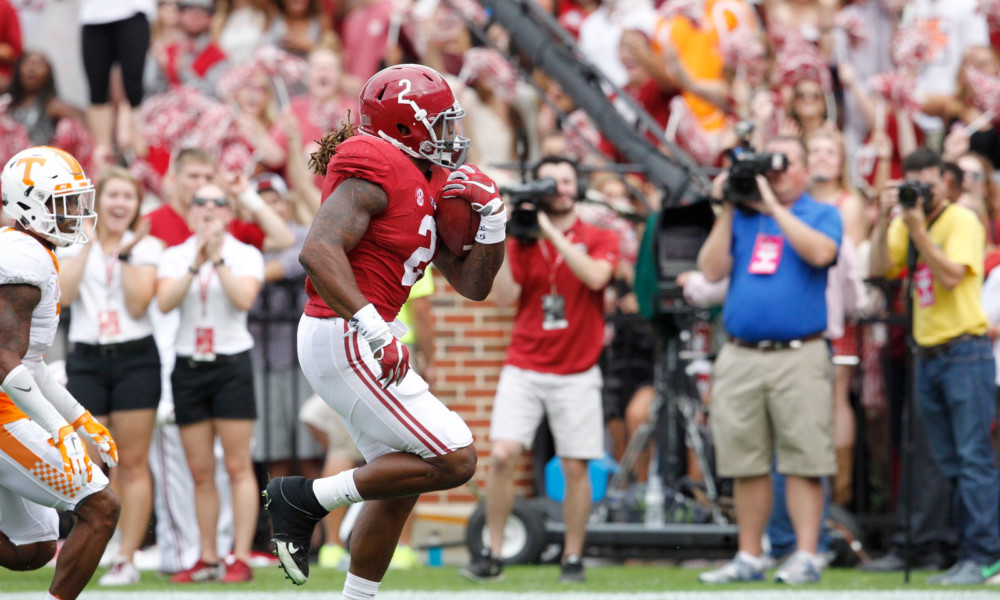 Alabama’s 2013 recruiting class has finally spoken. It was the program’s fifth top-ranked class under head coach Nick Saban, much like its predecessors (2008, 2009, 2011 and 2012), this group yearns for a chance to win a national championship.

Yulee (Fla.) native and junior running back Derrick Henry is the centerpiece of the class. He stands alone as one of four backs the Crimson Tide signed in 2013. The 6-foot-3, 243-pound Henry has had a monster year, totaling 2,061 rushing yards with 25 touchdowns. More ink will be needed for the college football record books upon the end of this season.

Henry has re-written Alabama’s mark for rushing numbers in a season, and is now mentioned in conversation with Southeastern Conference legends Bo Jackson and Herschel Walker. He became the conference’s first 2,000-yard rusher in history and owns its touchdown record. Henry continues to add to his own scoring streak, extending it to 19 games.

The postseason was good to Henry as he collected Maxwell, Doak Walker and Walter Camp national honors. He was awarded offensive player of the year, courtesy of the SEC and delivered Alabama its second Heisman winner (school history).

Henry can be number five, if Alabama defeats No. 1-ranked Clemson in the College Football Playoff national championship game on Jan. 11. He would join former Crimson Tide running back Mark Ingram as the second player to win a conference title, national championship and a Heisman in the same season.

Henry could also be the first back since Ron Dayne (Wisconsin, 1999) to sweep the College Football Awards and win the Heisman in the same year. A national title separates Henry from being elite.