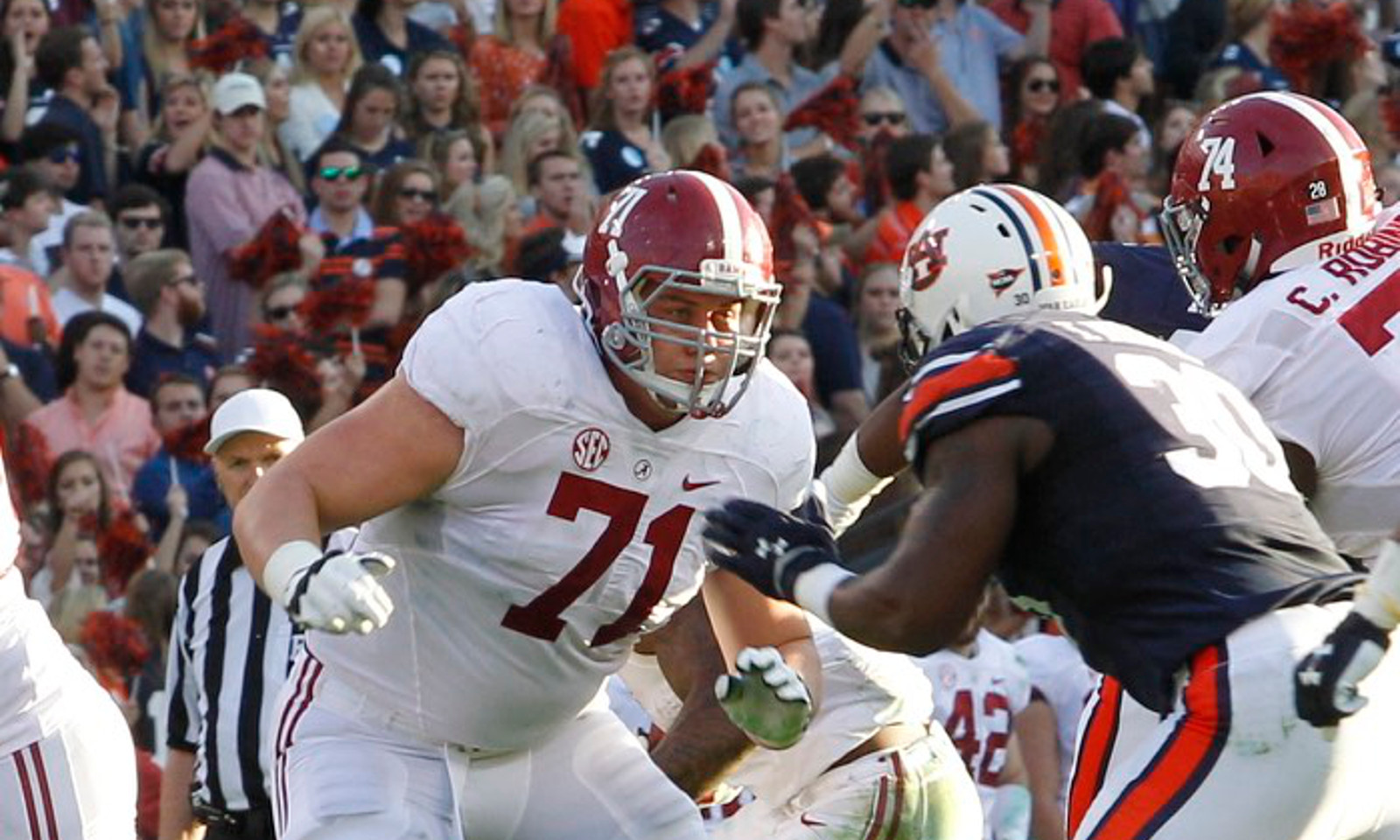 Ross Pierschbacher was one of two guys that addressed the media during today’s player interviews for Alabama.

Pierschbacher lined up at left guard in 2015, but has been taken reps at center in two practice sessions.

A spring experiment done by head coach Nick Saban could give the 6-foot-4, 304-pound lineman an opportunity to fill in a role left behind by former Alabama standout Ryan Kelly.

Today, will be the first practice in which the Tide will don pads to go along with jerseys and helmets. Pierschbacher told reporters that he is doing everything he can to make the team better.

“It has been a little bit different working at center, but I am embracing the change,” Pierschbacher said. “It is wherever the team needs me and they are trying out some different things in the spring to see which guys fit where, I am just learning new things each day.”

Pierschbacher said he did some things at center during fall camp last year, but with Kelly anchoring the group it was not needed. He has yet to receive any positive feedback from coaches from the first two practices.

“We just talk about improvement and things that I need to work on everyday,” he said. “It is still early in the spring and we are just working on trying to get better.”

Mario Cristobal will still have some contact with the front line (tackles), but he has been moved to tight ends coach. He navigated the 2015 unit to the inaugural Joe Moore Award, an honor presented annually to the nation’s best offensive line.

“Both are great coaches,” Pierschabacher said. “Coach Key is very hands on and is very relatable. Just having both of those guys watching all the tight ends and offensive linemen is a benefit for us.”

Cotton, an alumnus of Central High School, played in four games last season. The 6-foot-4, 319-pound Tuscaloosa native was one of the nation’s top offensive lineman signed to the Tide’s 2015 recruiting class. Pierschbacher said Cotton’s knowledge of the game has grown.

“Playing on the offensive line at a collegiate level is a big step,” he said. “It takes some guys longer than others and for a guy like Lester who has all the talent in the world is going to have a very bright future here. Just seeing him on the field and seeing the stuff that he’s done in the spring is very promising.”