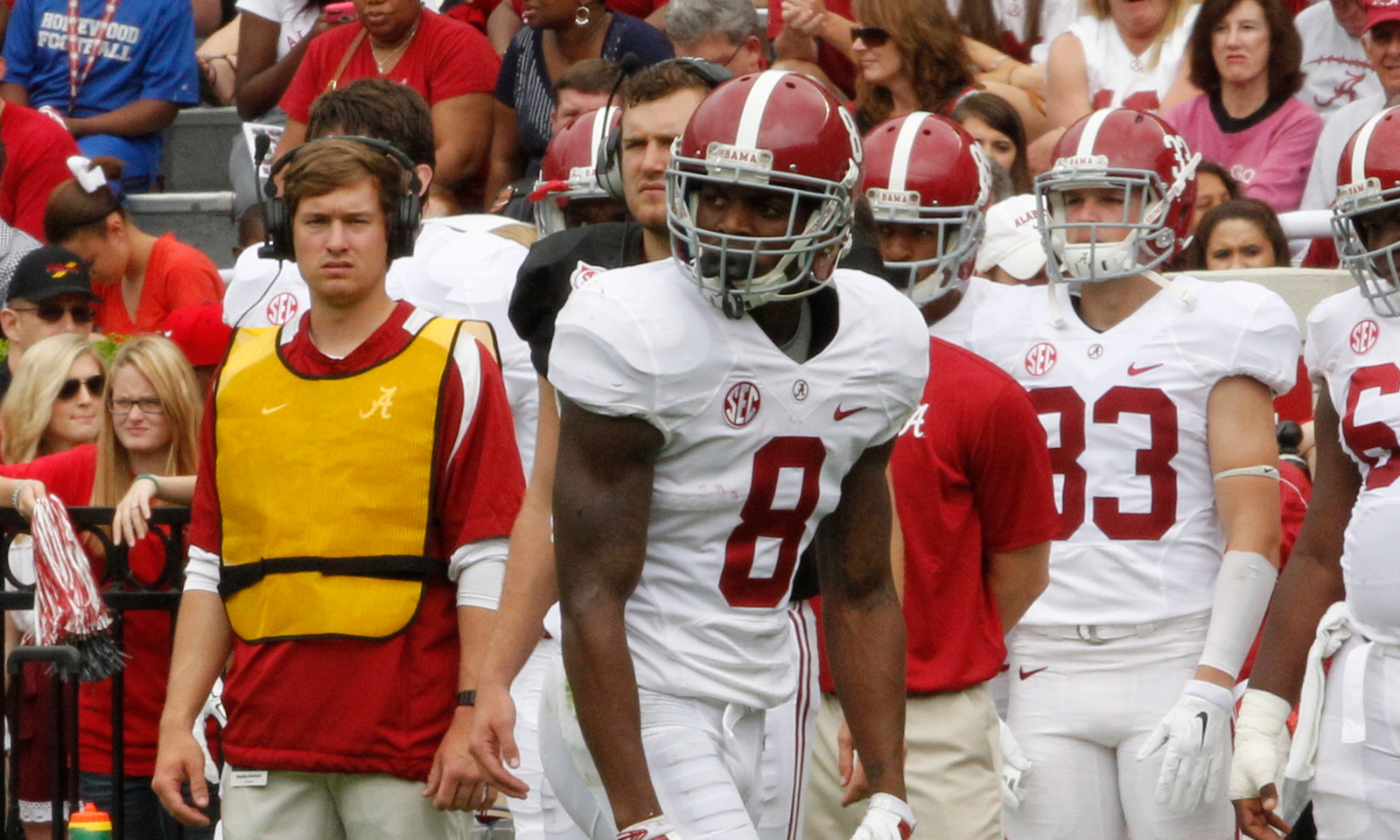 College Football analysts and fans were enamored with Calvin Ridley, ArDarius Stewart and O.J. Howard in 2015, yet Alabama has two other targets that will be dangerous this fall.

Rising juniors Robert Foster and Cameron Sims both had their 2015 campaigns halted because of injuries.

Sims, who stands at 6-foot-5 and 206 pounds, was tabbed to be Amari Cooper’s heir apparent after a productive freshman year in 2014. He recorded seven receptions for 62 yards and a touchdown, with his score coming on a four-yard completion from Blake Sims against Western Carolina. Sims hurt his knee last spring, forcing Foster and Stewart to emerge together.

He was a consensus four-star prospect from Ouachita Parish High School (Monroe, La.), upon enrolling at Alabama in 2014.

ESPN ranked Sims as its No. 8 wide out and 49th-best player in the ESPN 300 recruiting database. He was one of three Louisiana native—Laurence “Hootie” Jones and Cam Robinson—to  sign in the Tide’s 2014 recruiting class.

Foster, who stands at 6-foot-2 and 191 pounds, was starting to come into his own as a explosive vertical receiver.

Strong efforts in spring and fall practice earned him a starting role at both X and Z target. He brought in 10 passes for 116 yards, including a 22-yard touchdown reception from Jacob Coker in Alabama’s season opener against Wisconsin. He would tear his rotator cuff two week later against Ole Miss, ending what could have been a productive sophomore year.

Despite wearing a non-contact jersey, Foster has participated in all six of the Crimson Tide’s spring practices.

He has developed reliable hands and route running capabilities to pair with sound balance and body control. Coach Nick Saban said “Foster has been playing with a lot more confidence since returning from the injury.” He had a strong outing in team’s second scrimmage, recording four catches for 106 yards and two touchdowns.

The Monaca, Pennsylvania native was a five-star prospect and one of the nation’s most explosive wide receivers upon coming to Alabama in 2013 from Central Valley High School.

Having both guys healthy makes Ridley even more dangerous, while supplying Howard a chance to follow up on his outing from last season. A fierce quarterback competition still lingers in the minds of Saban and offensive coordinator Lane Kiffin, but seeing players like Sims, Foster and others should make life easy on whomever lines up under center in 2016.