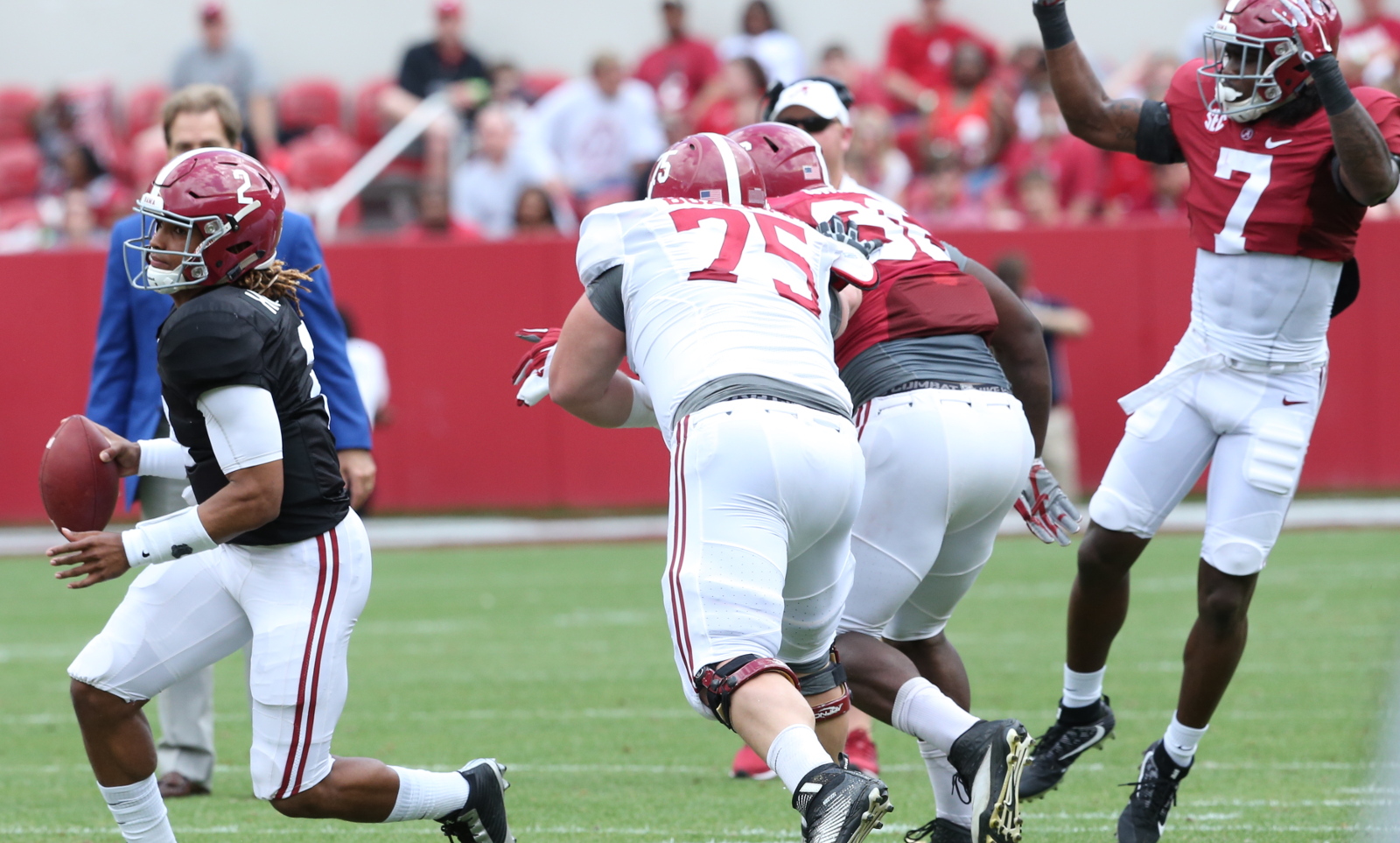 76,000 screaming fans has no effect on Jalen Hurts.

The star from Channelview (Texas) High School had the best outing of Alabama’s four quarterbacks during its A-Day game.

He displayed a strong arm on a mixture of deep patterns and intermediate passes. Despite being sacked six times, Hurts showed his athletic abilities in attempts to extend plays.

It seemed like he was the most composed signal-caller at times, navigating on three to four potential scoring drives.

Hurts got team White into the end zone with 2:48 remaining in the fourth quarter. He engineered a three-play, 52-yard drive that culminated on a five-yard touchdown pass from him to wide receiver Derek Kief. Hurts’ efforts put the first touchdown on the scoreboard, delivering White to a 7-3 win.

“He’s got a cannon,” Sims said. “He’s pretty confident. Like most freshman, he was a little nervous but he’s come in with the right mentality.”

Hurts ended the contest with 11 of 15 completions for 120 yards and a touchdown. The four-star prospect is making a serious case for the starting job in the fall.