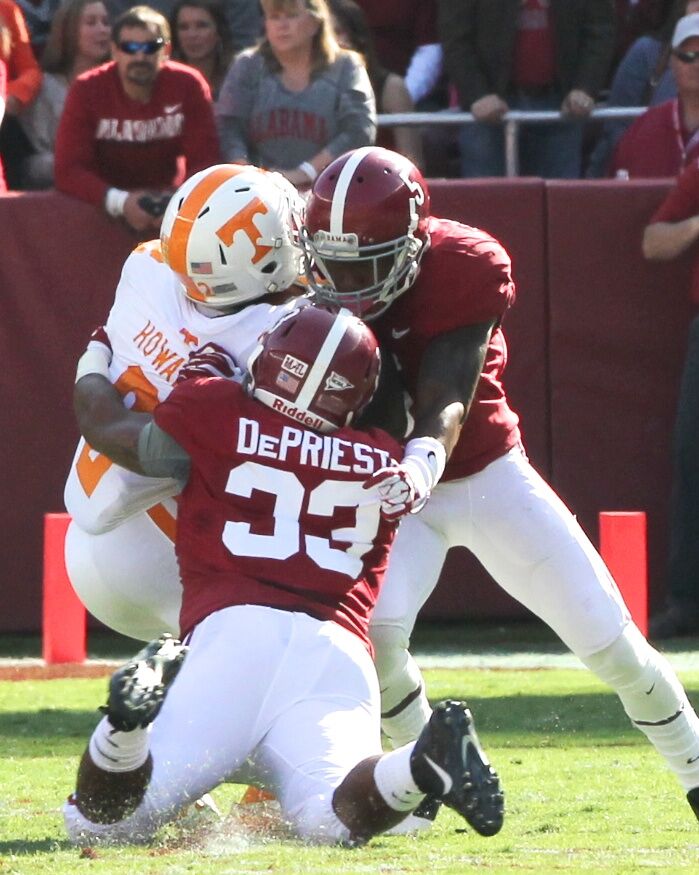 The results are in, and recruits are not impressed with traditional uniforms like those of Alabama and Penn State.

Mike Nowoswiat of Pick Six Previews recently conducted a poll of 100 uncommitted recruits, and results showed that schools like Baylor (8 votes) and Oregon (60 votes), rank near the top in terms of uniform style.

Alabama and Penn State ranked as the top two worst uniforms, mainly due to their lack of diversity. Hardcore old school proponents of the uniforms will argue that it’s tradition, and tradition should not be broken. This may be a valid argument, but ultimately the tradition lies within the success of the program.

No one can take away the 16 national championships Alabama has. Changing a uniform doesn’t change the legacy. If anything it adds a new chapter, one that at it’s simplest form, is just a method of keeping up with the times. In today’s recruiting battle, it is necessary to go to major lengths to impress recruits. Whether it’s having a strong social media presence, or implementing new uniform styles, teams need to do whatever they can within the parameters of the NCAA rulebook to impress recruits.

Don’t get it twisted; uniforms matter just as much as success. An astonishing 72 percent of the recruits who participated in the poll said that it was either “very true” or “moderately true” that uniform style mattered in their decision making process.

Other SEC coaches have fired shots at Nick Saban, mostly towards his age. Saban may be a veteran coach with a hard knock philosophy, but the program isn’t helping itself out by keeping everything old school.

Ultimately, a uniform shouldn’t be a deal breaker. Coming to Alabama, a recruit knows that they have a high chance at playing at the next level, winning a national championship and improving their overall ability. But, there will ultimately come a time when the program needs to deviate from the traditional look, just to keep up with trends.

Alabama does benefit from partnering with Nike. The brand received the highest approval rating from recruits, earning a 9.5 out of 10.

In defense of programs like Alabama, they don’t benefit from having the founder of Nike (Phil Knight) as a booster, like Oregon does. It’s easy for the Ducks to have so many uniform options when your outfitter’s headquarters is right around the corner. As a fan, I’d rather have 16 championships, than 16 different uniforms. However, as an Alabama fan I must admit it would have been unreal to see Derrick Henry demolishing would-be tacklers in an all black alternate uniform.

For the fans of the old school programs, you may be into the vintage look, but these uniforms are made for 18-22 year old kids, not your 80-year-old grandfather who remembers when Bear Bryant coached Kentucky to a SEC title in 1950, and a soda pop cost five cents. Styles change, and it may be time for an alternate uniform, just to spice things up a little bit.