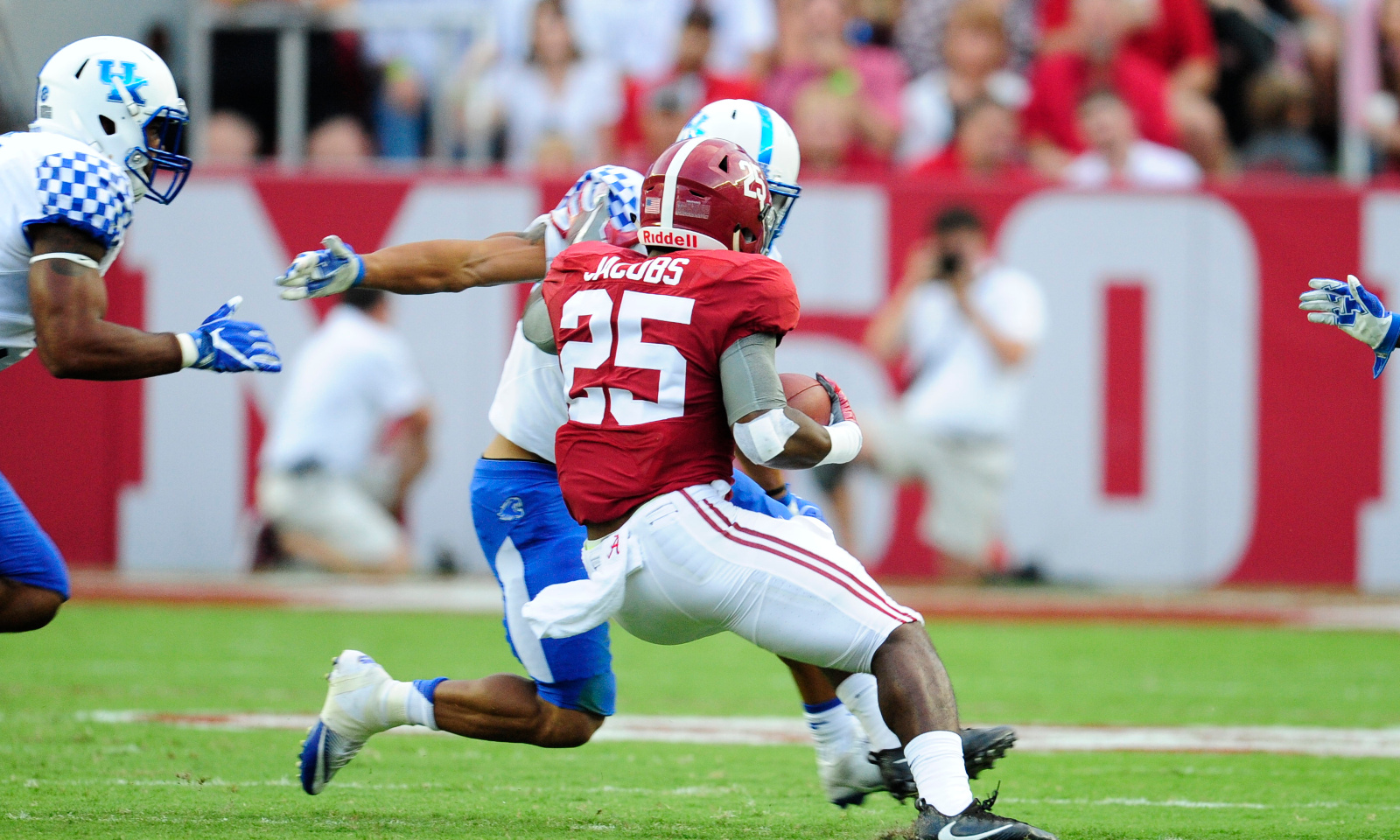 It’s one thing to total 100 yards rushing against a lower-tier opponent from a different school, but accounting for a 100 yards against any Southeastern Conference team (big or small) is an accomplishment.

Alabama running back Joshua Jacobs earned his first 100-yard performance against Kentucky in a 34-6 win at Bryant-Denny Stadium. He displayed both toughness and speed in between the tackles, collecting 100 yards on 16 carries. The 5-foot-11, 204-pound true freshman got the ball seven times during the Tide’s first touchdown drive, capping it off with a one-yard score. Jacobs’ skill set as a receiver commanded attention too.

He finished second behind Calvin Ridley, posting three catches for 44 yards. He was one of seven players named to the SEC Players of the Week list, according to the league Monday morning. Coach Nick Saban, his staff and the players have been very impressed with Jacobs’ contribution and have much confidence in him.