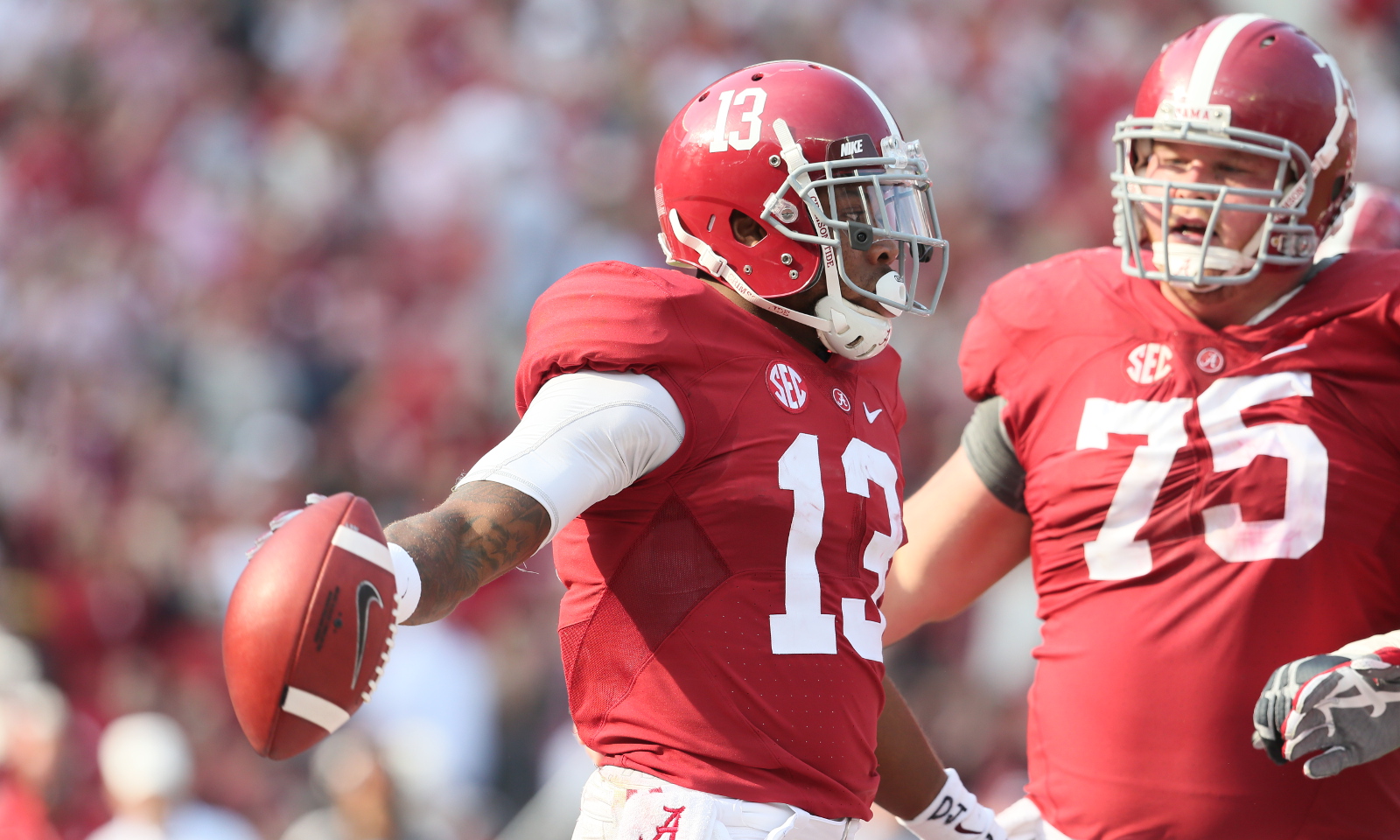 TUSCALOOSA—He may not choose to declare for the NFL Draft after this season, but ArDarius Stewart is putting together a solid case for scouts to consider. The junior surpassed his career-high in receiving yards against Arkansas (five catches, 120 yards) with an even better performance against Mississippi State.

Not only is he the inspiration behind the “assassin’s axe,” Stewart is also the definition of toughness.

He’s sported a brace on his knee through the better part of the season, however, it hasn’t limited him from being on the same page with his quarterback. Upon establishing a connection with Jalen Hurts, Stewart proceeded to capture his second career day in receiving. He caught eight passes for 156 yards and three touchdowns, including two scoring stabs in the third quarter. His 67-yard touchdown was the longest of his career, while his three meetings with the painted grass move him to seven touchdowns on the season.

Coach Nick Saban credited Stewart’s impact to him being healthy.

Anchored by Bradley Bozeman, the Tide gave Hurts a clean pocket throughout the game (only one sack allowed) to target open receivers. When it comes to giving playmakers a chance to be special, Bozeman told the media that he is happy to have guys like Stewart, Calvin Ridley and others on this year’s group.

“Our receivers, even aside from Calvin and ArDarius, are ridiculous,” Bozeman said.