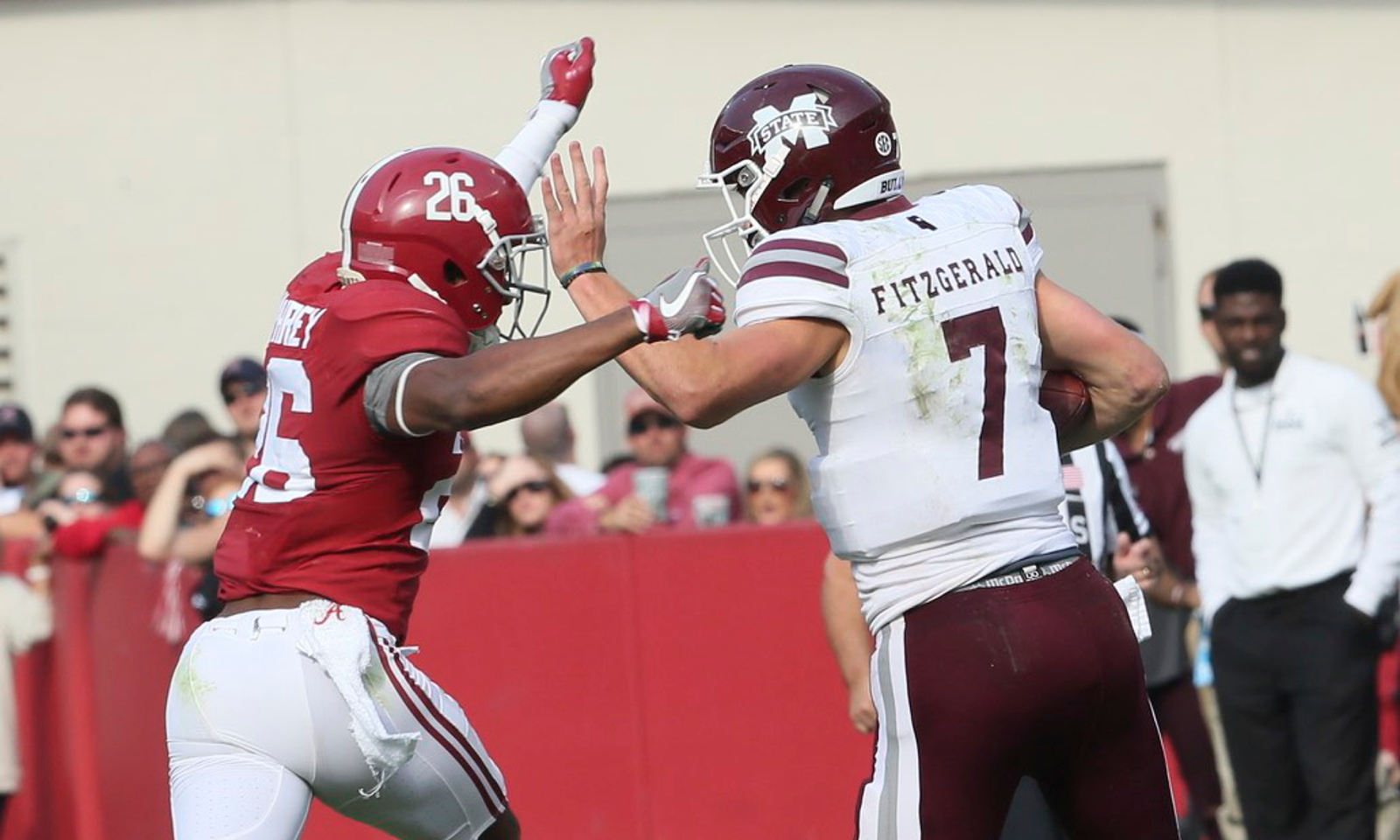 Alabama coach Nick Saban wanted an improved passing game, and Jalen Hurts answered the challenge with a strong performance. He was responsible for five touchdowns, while completing 28 of 37 passes for 347 yards.

Not to be outdone, Cooper Bateman recorded his first touchdown pass of the year.

He completed three of four passes for 50 yards, including a four-yard score to Trevon Diggs in the second half. The duo of Hurts (100 yards) and true freshman Josh Jacobs (89 yards) anchored the Crimson Tide’s ground game, combining for 189 yards rushing and a touchdown on 21 carries.

Calvin Ridley brought in three passes for 26 yards and a score.

Alabama’s 51 points against Mississippi State marks the second time its registered 50 points and the sixth time its scored at least 40 points in a game. Four players finished with six tackles, including Reuben Foster—who played through a finger injury. Tim Williams, Ryan Anderson and Raekwon Davis each chimed in with a sack, while Tony Brown forced an interception.

The Tide held Bulldogs’ quarterback Nick Fitzgerald to 145 passing yards and 15 rushing yards, en route to a 51-3 victory. Alabama improves to 10-0 and will face Chattanooga next week.