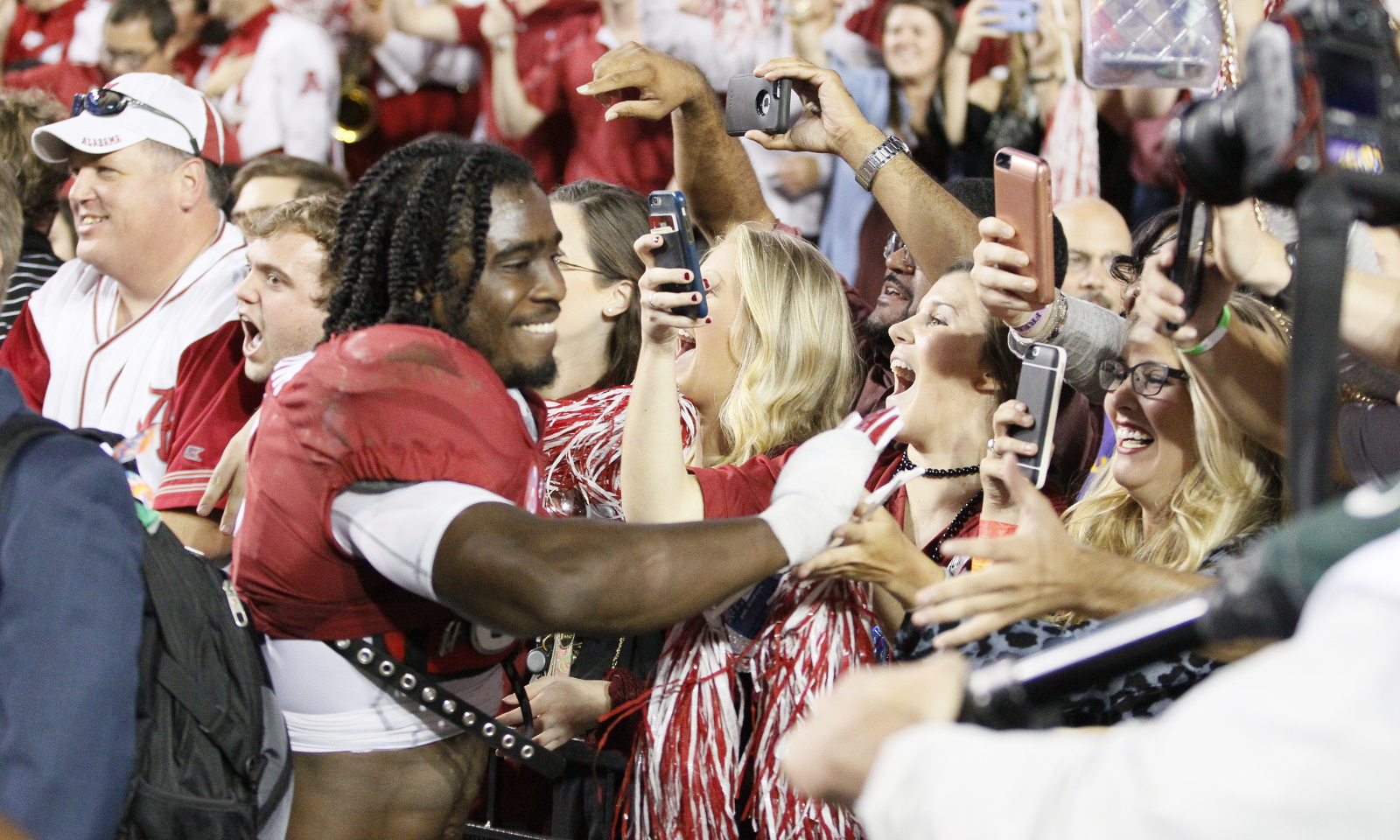 TUSCALOOSA—Marlon Humphrey and Minkah Fitzpatrick were first, but there were others that smiled in utter appreciation for Alabama defensive back Tony Brown after a 51-3 rout of Mississippi State.

He played well two weeks ago against LSU, however, the junior knew it was high time for him to get his name into the newspaper. For a player who’s been firmly documented on his off-field errors, Brown wanted to make sure that Saturday’s attention would rest solely on his ball skills. The 6-foot, 196-pound defender posted four total tackles, which stands as the most he’s had since starting against Charleston Southern in 2015 (three).

A combination of he and Anthony Averett shutdown one of the better receiving tandems nationally in Mississippi State’s Fred Ross and Donald Gray. The duo totaled six catches on 18 targets for 102 yards.

Every defensive player at Alabama dreams of holding the “Ball Out” turnover belt. The incentive generates competition, passion and a willingness to sacrifice one’s body to make critical plays. Despite being a decorative track athlete and a five-star prospect, Brown was one of a few veteran players that hadn’t hoisted the coveted championship belt. Fortunes would turn for him during the Bulldogs’ first possession of the fourth quarter.

After moving the ball inside the Tide’s 28-yard line, Nick Fitzgerald decided to look for Donald Gray on the left side of the field. Upon evading Jonathan Allen, Fitzgerald tossed the ball into a zone that was surrounded by three crimson jerseys. Brown, who was in the area, immediately came off his man and broke to the ball.

The Texas native collected his first interception of the season and his tenure, returning it for nine yards to the delight of a capacity crowd. While most games would see the turnover belt switch hands, Brown secured it for the remainder of the contest.

His efforts credited the Tide with its 10th interception and tenth straight game of forcing at least one turnover. Senior Reuben Foster starting beaming, when reporters asked him about Brown’s impact.

“Tony Brown is always getting interceptions in practice,” Foster said.

“So when he got the pick in the game, I was like ‘you finally got your hands back.'”

Last week was a confidence boost for Brown, as he continues to adjust in Eddie Jackson’s absence.

He and Alabama now turn its attention to a meeting with Chattanooga.