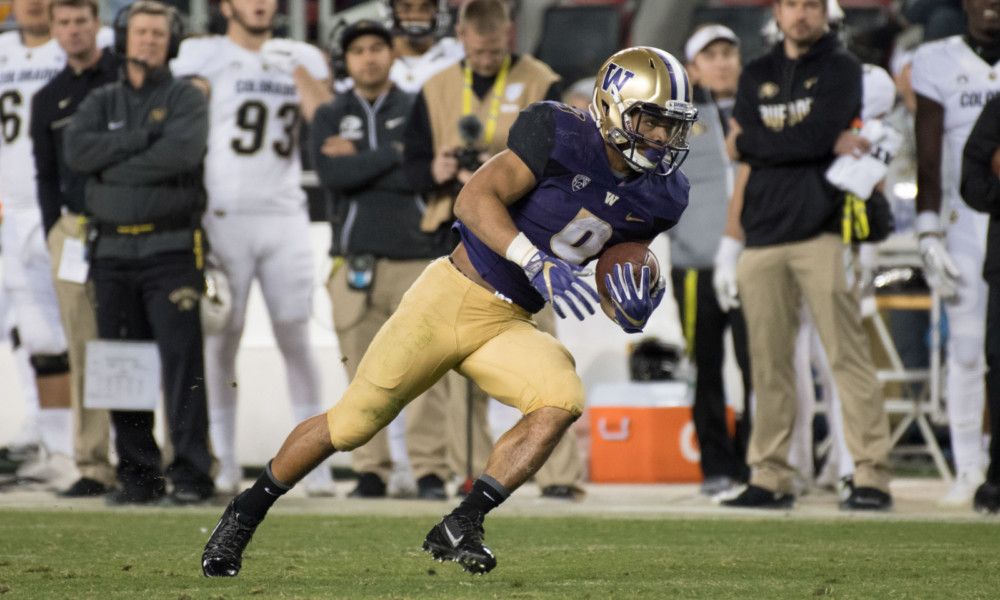 TUSCALOOSA, Ala.– With each stage of his coaching career, Chris Petersen has had to prove his worth among college football’s elite. A rumble against Nick Saban will be no different, as the Washington Huskies earned its way into the College Football Playoff for the first time.

While both teams are riding bumper cars, playing basketball, attending historical sites and providing smiles for children in hospitals, Washington and Alabama want to open 2017 as national champions.

For the Huskies, balance has been a factor all season. Doing enough to create chances on offense and forcing turnovers on defense allowed this year’s group to capture a Pac-12 championship.

It faces a completely different animal in the Crimson Tide, however, Petersen and company are up for the challenge on Saturday in Atlanta. Yours truly of Touchdown Alabama Magazine now dives into the three keys for Washington to pull out a win at the Chick-fil-A Peach Bowl.

Washington carries a +21 ratio (33 takeaways, 12 giveaways) in the turnover margin for this weekend’s match-up. Freshman defensive back Taylor Rapp leads a secondary that has 19 interceptions, while a quartet of Huskies—Keishawn Bierria, Sidney Jones, JoJo McIntosh and Benning Potoa’e—all have forced two fumbles.

Alabama has turned the ball over 19 times, including 14 coming from quarterback Jalen Hurts.

It will need to force a couple of mistakes to make this game dramatic.

No individual has rushed for 100 yards on Alabama’s stout defensive front, but offensive coordinator Jonathan Smith has to create some success for Myles Gaskin and Lavon Coleman.

Both players are sturdy in between the tackles, yet it’s Gaskin that is a big play threat on the perimeter.

He averages 103 yards rushing per game with 10 touchdowns on 227 carries. Running wide on the Tide will lead to no avail, however, timing on misdirection plays may free up opportunities. Against Stanford (9-3), Colorado (10-3), Washington State (8-5) and Utah (8-4), Gaskin and Coleman had success in the run game.

Both backs totaled 100-plus yards against the Buffaloes in the Pac-12 title game, earning a 41-10 victory.

3. Efficiency on third down (offense)

Alabama’s third down defense under Jeremy Pruitt is top notch.

The Tide has allowed just 172 first downs (second in FBS) and a 29.6 percent conversion rate on third down (sixth in FBS). If Washington stays ahead of the down and distance, quarterback Jake Browning will be able to put together some drives that will eat the clock and register points on the scoreboard.

The Huskies enter Saturday’s game converting 45.1 percent on third down.