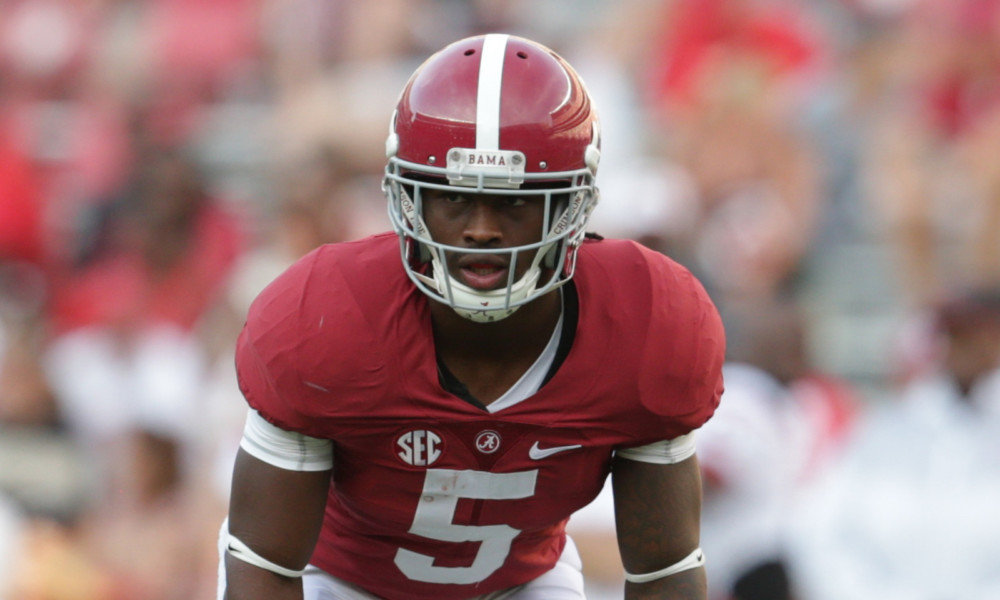 While he could have returned to school to perfect his craft, Marlon Humphrey decided that now is the time to pursue a career in the National Football League. He joined Cam Robinson and ArDarius Stewart as the third draft eligible prospect to make his plans known, during Friday’s presser with Alabama coach Nick Saban.

With Humphrey gone, the returning suspects to anchor the secondary are Minkah Fitzpatrick and Ronnie Harrison. Defensive backs Tony Brown and Anthony Averett will accompany them, as both guys chose to pass on the 2017 NFL Draft and return to Tuscaloosa for their senior years. The departure of Humphrey also impacts the “next man up” between a few young players in the Crimson Tide’s defensive backfield.

As we enter the offseason, Saban and his staff anticipate locating players that will give next season’s group the best chance at winning a national title. Listed below are three names that will benefit from Humphrey’s exit.

The four-star recruit from Kentwood, La., was one of multiple reasons as to why Maurice Smith left for Georgia before the 2016 season started. Listed at 6-feet and 190 pounds, Carter is physical at the line of scrimmage and possess exceptional ball skills in coverage. He accounted for 57 total tackles and five interceptions during his senior year of high school (2015), while posting seven stops in nine games for Alabama. Carter was Minkah Fitzpatrick’s backup in nickel; however, he has the hand strength to be a stifling outside cornerback.

Robinson, a four-star prospect, saw much action on special teams this season.

The Deerfield, Fla., native was one of the nation’s top defensive back recruits emerging from high school. He totaled five tackles, including one for loss through 13 games and even saw time in Alabama’s second team nickel and dime defense. In speaking with Robinson after the 2016 Southeastern Conference Championship Game, he said his role is to continue following the leaders.

His observance may land him an increased role next fall. Senior safety Eddie Jackson had nothing but good things to say on both Robinson and Carter at SEC Media Days a year ago.

“Both guys take coaching well,” Jackson said. “They both compete and play fast and even when they make a mistake, they improve on the next try.”

Knott was one of three Mississippi natives—Raekwon Davis and Scott Lashley—recruited in the Tide’s 2016 signing class, via former defensive line coach Bo Davis. Carter and Robinson, Knott redshirted due to a knee injury he suffered in his senior year at Germantown High School. He was credited with 163 total tackles, seven interceptions and 15 pass breakups during his tenure. According to a source close to Touchdown Alabama Magazine, the 5-foot-11, 175-pounder has been turning heads in practice while recovering.

“His (Knott’s) speed is unreal,” the source said. “He’s going to have a big impact next season. Knott spends a lot of time in meetings with the coaching staff.”