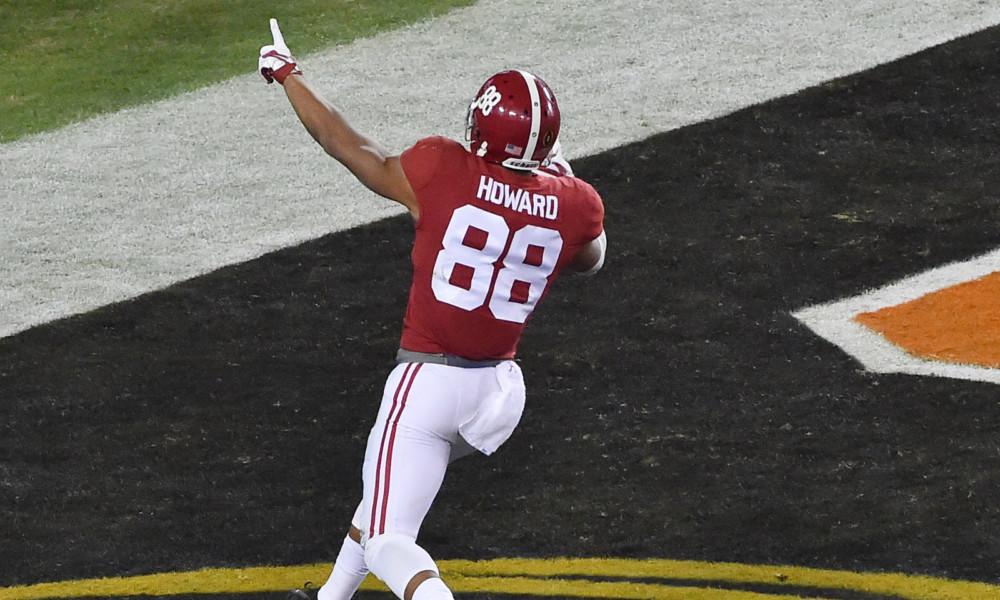 From his first-ever touchdown reception to his many exploits of community service, Alabama tight end O.J. Howard will forever be remembered as a fan favorite. The senior from Prattville (Ala.) is projected to be taken in the first round of this year’s NFL Draft, but wanted to scare Clemson one more before earning the astronomical paychecks.

After getting loose for 208 receiving yards and two touchdowns in the 2016 College Football Playoff national title game, Howard emerged again during the second half on Monday night. He totaled four receptions for 106 yards, including a pivotal 68-yard touchdown grab in the third quarter. Howard’s ability to get open down the sideline pushed Alabama’s lead to 10, 24-14.

With 2:41 left in regulation, offensive coordinator Steve Sarkisian went to his bag of tricks.

Wide receiver ArDarius Stewart, a former high school quarterback, took the lateral pass from quarterback Jalen Hurts and fired a dart to Howard for a 24-yard completion. His fourth catch of the game would set Hurts’ 30-yard touchdown run, giving Alabama a 31-28 lead with 2:06 remaining.

Did it conclude with confetti and a Playoff trophy? No, but 2016 saw Howard become a complete player.

He cleared the way for 221 rushing yards and three touchdowns on 34 carries against Clemson, while aiding sophomore Bo Scarbrough to 93 yards rushing and three scores. The 6-foot-6, 251-pounder ends his career with 1,726 yards and seven touchdowns on 114 catches. A former five-star prospect, Howard was a member on three Southeastern Conference championship teams and Alabama’s 2015 CFP national title squad.