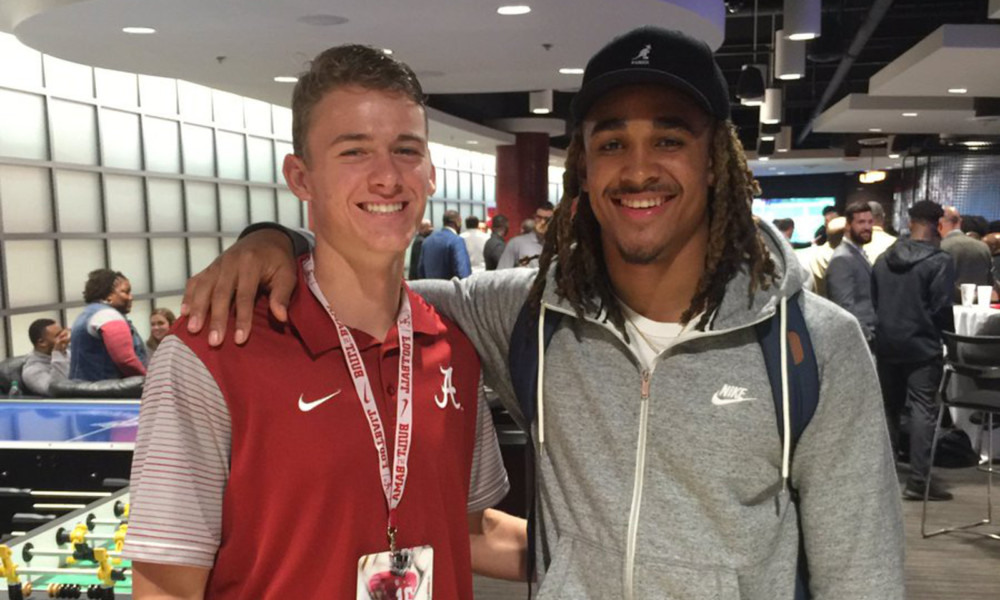 Don’t sleep on him.

While two names have dominated the conversation in regards to Alabama’s quarterback battle for 2017, do not be surprised if a third party usurps the other two. All eyes are on Jalen Hurts and five-star Tua Tagavailoa, but it’s been four-star Mac Jones that’s been turning heads in the Tide’s fourth quarter program.

Per sources, Jones displays the best arm talent and hasn’t thrown a bad pass yet.

“He’s (Jones) been killing the offseason program,” the source said. “Dude has one hell of an arm and possesses good form. He throws a perfect ball and probably the best that I have seen.”

The fourth quarter program, which is a system created by head coach Nick Saban and strength coach Scott Cochran, challenges players both physically and mentally with various workouts.

“It’s the program that helps Alabama win games,” the source said. “Every individual drill is fast whether you are running or lifting, and the coaching staff chews you out when you slow down.”

For a program that’s meant to wear players out, Jones has taken on the challenge.

“Most freshmen can’t take it and he dominated his first week,” the source said.

Listed at 6-foot-2 and 185 pounds, Jones guided The Bolles School (Jacksonville, Fla.) to a Florida 4-A state title during his senior year in 2016. The Elite 11 quarterback compiled 3,682 career passing yards and 55 touchdown passes at one of the top private schools in Florida. Despite Hurts leading Alabama to the College Football Playoff national title game, his statistics as a passer decreased as the 2016 season progressed.

Jones will provide a much needed push along with Tagovailoa.